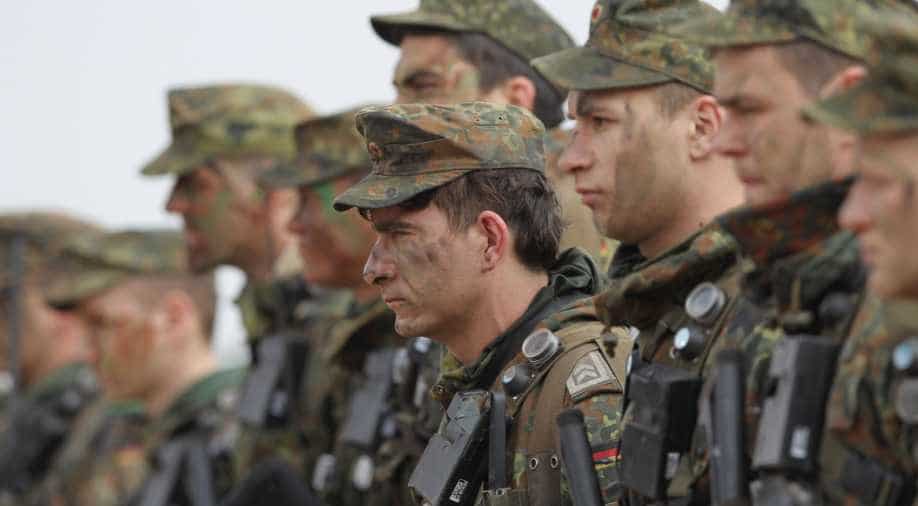 Spiegel Online reported 'sexual-sadist practices' and violent rituals were widespread at the Staufer barracks and included soldiers being tied down for hours and hosed down with water. (Representative image) Photograph:( Getty )

German military and government officials condemned sexual abuse and other violence at a special operations training centre in the southern German city of Pfullendorf, and said seven soldiers were under criminal investigation.

The military said in a statement the incidents, first reported by 'Spiegel Online', involved hazing and abuse. They were particularly troubling given earlier reports of maltreatment of women in another unit at the training centre.

It said the latest incidents revealed "grave deficits in leadership" at the facility and promised serious consequences.

"Discharge proceedings have been initiated against seven soldiers and seven additional soldiers will be moved to different postings," a spokesman for the German defence ministry said on Saturday.

Spiegel said "sexual-sadist practices" and violent rituals were widespread at the Staufer barracks, and included soldiers being tied down for hours and hosed down with water.

Hans-Peter Bartels, who fields complaints from soldiers for parliament, told the Frankfurter Allgemeine Zeitung newspaper the incidents reflected lingering "macho behaviour that should not be tolerated."

Bartels' told lawmakers in his annual report this week that the number of reported sexual assaults in the military rose 52 per cent to 131 in 2016, but the actual number was likely higher.

Rainer Arnold, defence speaker for the Social Democratic parliamentary fraction, called for a special session of the Bundestag's defence committee to examine the issue.

"This is a case where things were tolerated and nothing was said," Arnold told the Stuttgarter Zeitung newspaper.