Freed pastor Brunson greeted by US Ambassador at stopover in Germany 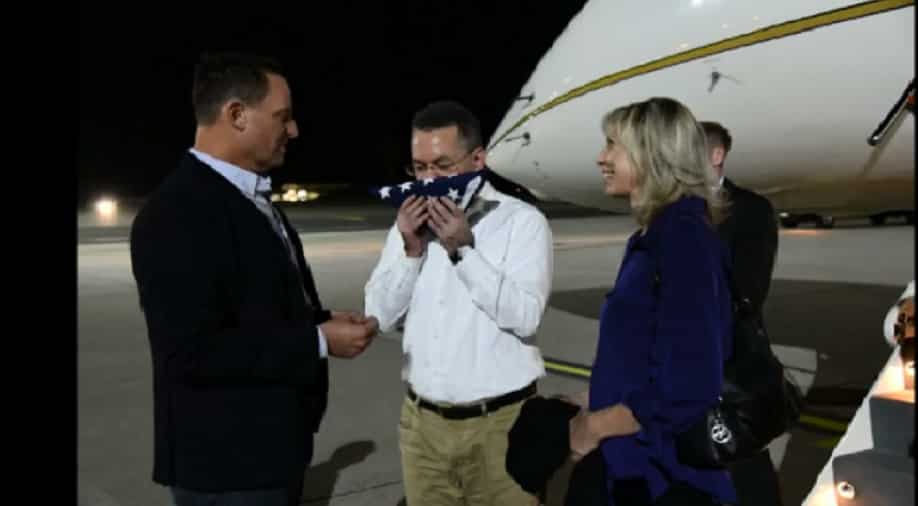 US pastor Andrew Brunson was flown out of Turkey on Friday after a court freed him from two years of detention, in a step that could improve US-Turkish ties strained by disputes over Syria, Iran and Ankara's planned purchase of Russian military equipment.

Evangelical pastor Andrew Brunson and his wife were greeted by US Ambassador Richard Grenell during a refuelling stop in Germany, the envoy said on social network Twitter. US media said the meeting took place at Ramstein Air Base in southwestern Germany.

"He's almost home thanks to @realDonaldTrump," Grenell wrote. "When I presented him with the US flag, he immediately kissed it."

I welcomed Pastor Brunson & his wife to Germany on their refueling stop. He’s almost home thanks to @realDonaldTrump.
When I presented him with the US flag, he immediately kissed it. #agratefulnation pic.twitter.com/b82gA7PXVr

Brunson was expected to land at Joint Base Andrews near Washington at around noon EDT (1600 GMT) on Saturday after a stop in Germany for a medical check-up. President Donald Trump said Brunson would probably visit the White House Oval Office on Saturday.

Brunson was jailed two year ago and had been under house arrest since July. He was accused of links to Kurdish militants and supporters of Fethullah Gulen, the cleric blamed by Turkey's government for a coup attempt in 2016.

The Turkish court sentenced Brunson to three years and 1-1/2 months in prison on terrorism charges, but said he would not serve any further jail time and freed him.