France to put phones in prison cells in bold shift 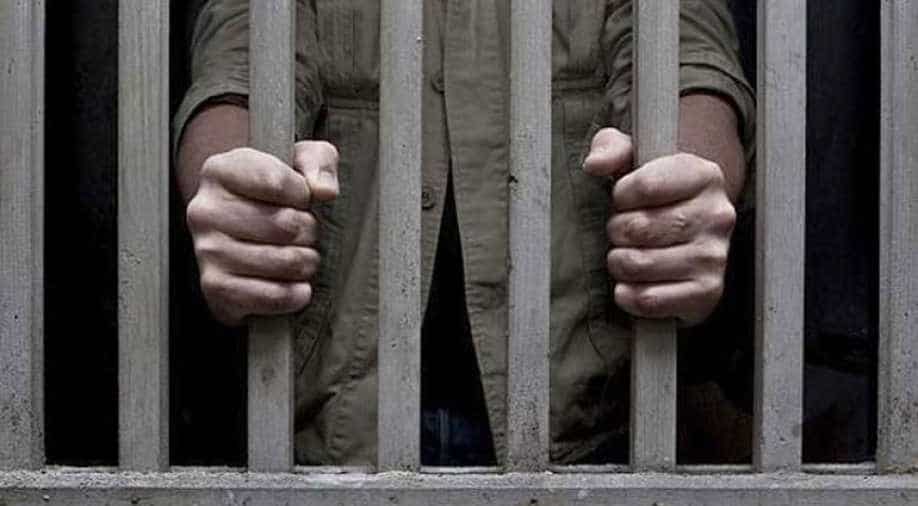 France plans to install landline phones in prison cells across the country in an ambitious bid to improve rehabilitation rates, and cut down on rampant cellphone trafficking behind bars.

The justice ministry said Tuesday that it had called for bids to operate the new service after "successful tests of this experiment" at one prison since 2016.

But the new freedom to call up to four pre-approved numbers at any time of the day won't come cheap, with one prisoner advocacy group warning that calls could cost up to 80 euro cents ($0.97) a minute.

Like other countries, France has struggled against the smuggling of cellphones into prisons, with more than 19,000 handsets and accessories seized in the first half of 2017, for an overall prisoner population of about 70,000.

"There have always been call boxes in prisons, but the inmates need to be accompanied by personnel, which requires time and availability. It gets complicated," the justice ministry said.

"Sometimes, an inmate will have four people in line in front of him for the phone in the hall. But when it's his turn, it's time to be back in the cell. Things get tense," said Christopher Dorangeville, head of the CGT Penitentiaries labour union.

In July 2016 the prison at Montmedy in northeast France put phones in every cell, which led to a 31 percent drop in illicit cellphone seizures in the first half of last year compared with the same period a year earlier.

"The phones have eased tensions inside the prison," the ministry said.

"It helps with civil reintegration, by maintaining family ties," it added, saying the goal is to "cut cellphone trafficking."

Newspaper Le Monde reported that telecom operators will place bids in the coming days to install the phones in 50,000 cells at 178 prisons across France starting at the end of the year.

The operator must finance the installation costs, then make its money by charging prisoners for calls.

"A phone in each cell allows a degree of intimacy when speaking with family members," said the NGO's Francois Bes.

"More important, the fact that you can call when you want can let them speak with children after school," Bes added.

"The problem is the high cost of talking. Currently a call costs about 80 euro cents a minute."

Even after the cost was renegotiated at Montmedy down to about 65 cents, "that's still way too expensive for most inmates."

A prisoner at Reau, southeast of Paris, calculated that calling his family for a few minutes each day would cost around 150 euros a month, an amount he would never have even if he qualified for some of the jobs available to inmates.

The system has also raised concerns among prison guards who warn that the number of inmates authorised to call will need to be vetted and calls monitored.

And in cells holding more than one person, there might be a risk of fighting over phone time.

"With several people in a cell, how are we going to manage any conflicts over access?" asked Jean-Francois Forget of the Ufap-Unsa Justice union, the largest among prison guards.