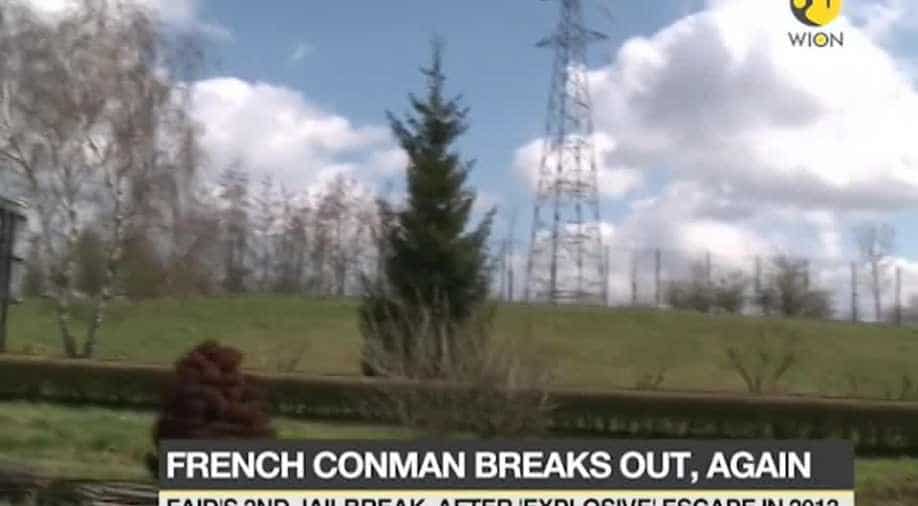 This segment of WION brings to you latest updates. Career thief flees by helicopter from Paris jail in France. Watch this video to know more. Photograph:(WION)
Follow Us

After a French gangster fled a prison with a number of weapons in a helicopter on Sunday, the government admitted possible security failings on Monday.

The latest dramatic escape by Redoine Faid, who had multiple convictions for armed robbery, has left French authorities red-faced, and a manhunt involving some 2,900 officers has been launched to track him down.

Redoine Faid was serving a 25-year sentence at a prison south of Paris for an armed robbery that went wrong and led to the death of a policewoman in 2010.

He is one of the country’s most infamous gangsters with a long criminal career, which he has said was inspired by Hollywood blockbuster movies such as “Scarface” and “Heat”.

The 46-year-old movie buff was sprung from a prison near Paris by two accomplices who used smoke bombs and angle grinders to break through doors and whisk him to a waiting helicopter.

Justice Minister Nicole Belloubet told Europe 1 radio that she had sent a team of inspectors to the prison "to see whether the security measures were defective so that we can rectify them".

She suggested that Faid had been left in the same prison for too long, giving the serial fugitive, who had professed to have reformed, time to plot his escape.

"We must be careful not to leave the same people in the same places for too long when we're dealing with this type of individual," she said.

The two accomplices hijacked the helicopter on Sunday by posing as aspiring students at a flight school, ordering a terrified instructor to pick up a third accomplice before continuing on to the prison.