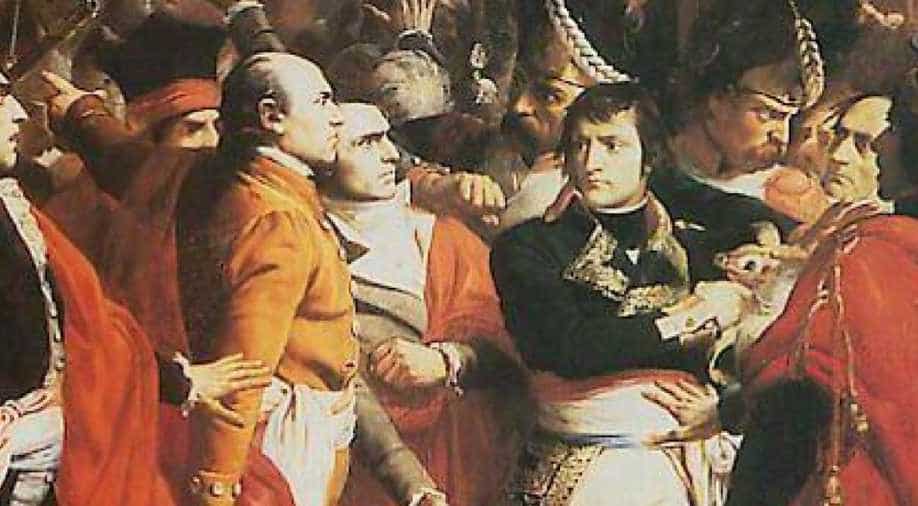 (Representative image) Napoleon Bonaparte in the "coup d'tat" of the 18 Brumaire Photograph:(Zee News Network)
Follow Us

Other items at the auction included an 18-page herbarium

French leader Napoleon Bonaparte's silver soup spoon and a hunting rifle were auctioned and sold in France this Sunday.

The items were used by the military leader during his exile on St Helena, AFP reports.

Other items at the auction included an 18-page herbarium, which is believed to be used by Napoleon's wife Josephine, and a bust of the Empress in her royal court finery by the Lyon sculptor Joseph Chinard.