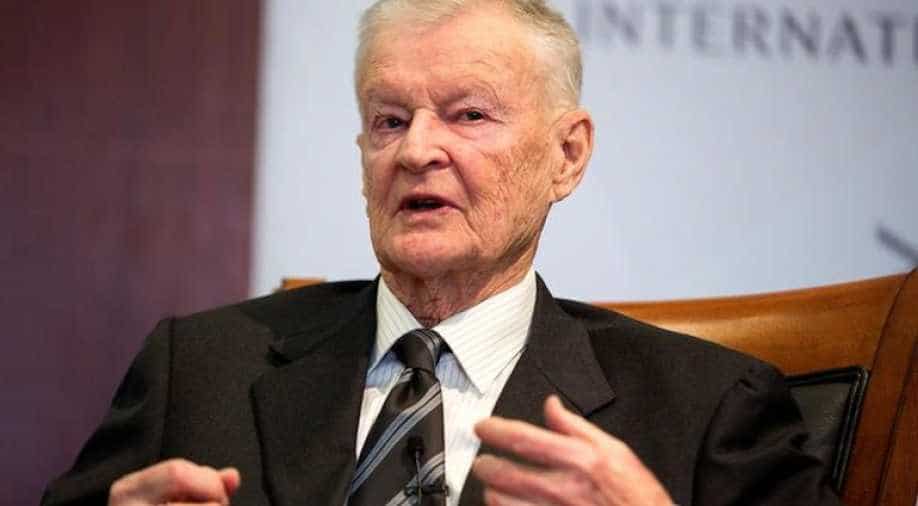 "My father passed away peacefully tonight," MSNBC journalist Mika Brzezinski said on Instagram||He was a leading force behind the failed US commando mission to rescue the hostages, after which he resigned

Zbigniew Brzezinski, a hawkish Cold War strategist and former top aide to US President Jimmy Carter, has died at 89, his family said Friday.

"He was known to his friends as Zbig, to his grandchildren as Chief and to his wife as the enduring love of her life. I just knew him as the most inspiring, loving and devoted father any girl could ever have," she wrote.

The Polish-born academic was Carter's national security adviser during the Iranian hostage crisis.

He was a leading force behind the failed US commando mission to rescue the hostages, after which he resigned. He thought that Soviet influence would sweep over Iran if US strength did not prevail in the drama.

Nominally a Democrat, he leant conservative on security matters. He passed away in Falls Church, Virginia, family said.

Brzezinski was an active professor and author well into his 80s.

He did not support President Donald Trump's election and criticised his foreign policy as vague.

In 2011, he penned “Strategic Vision: America and the Crisis of Global Power,” arguing that US strength abroad was key to global stability.

But it would depend on America's ability to foster “social consensus and democratic stability” at home, he said, referring to the need for less income inequality and a meaningful response to climate change.

He developed his ties to Carter on the Trilateral Commission, the group David Rockefeller created in 1973 as a forum for political and business leaders from North America, Western Europe and Japan. Brzezinski was the commission’s first director.