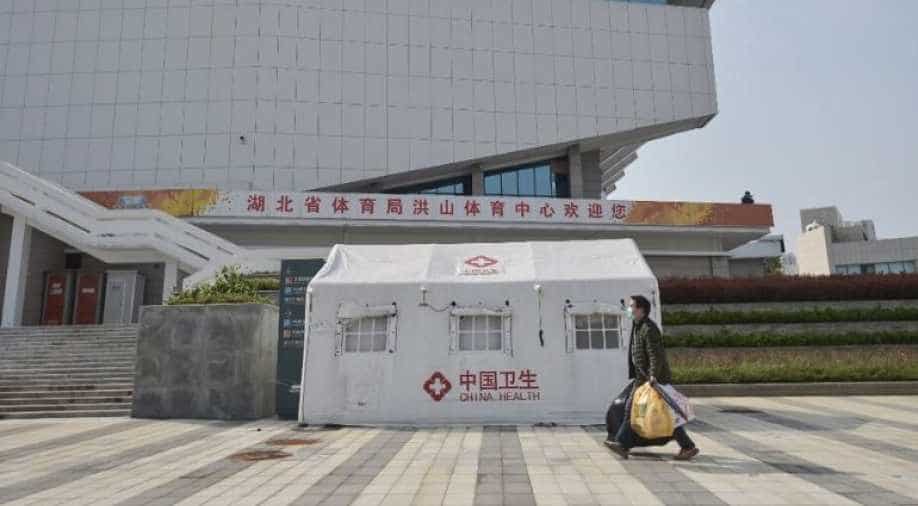 The interview became proof of China's cover-up as she told the world how China knew about the coronavirus, way back in December and did nothing to stop it.

A Chinese doctor who first broke out the news of coronavirus spread in CHina has gone missing. Doctor Ai Fen is director of the emergency department of Central Hospital of Wuhan where the first case of coronavirus had emerged.  She is the first medical personnel to disclose the 2019–20 coronavirus epidemic to the outside world.

Her whereabouts are unknown since she gave an interview to a state-run magazine in which she spoke in details about how Chinese authorities tried to hold the information regarding the deadly coronavirus which has now spread to over 180 countries.

The interview became proof of China's cover-up as she told the world how China knew about the coronavirus, way back in December and did nothing to stop it.

In the interview, she said she wasn't the whistleblower. She was the one who gave the whistle.

WION has been investigating Fen's claims. On Friday, WION accessed a copy of Ai Fen's interview in an English translation published on a Chinese site.

This interview is a smoking gun!

According to the interview, Dr Ai Fen was in her hospital, when the first coronavirus patients walked in. It was a disease, that no other doctor had seen before.

The patients were showing "flu-like symptoms. But, usual treatment methods were not working," she says in the interview.

Dr ai fen was treating some of the patients herself during she decided to carry out some tests. The result showed that it was a "SARS coronavirus".

The interview states, Dr Fen saying that she read the report several times to confirm and her conclusion did not change.

She broke out into "a cold sweat," she says adding that she "knew an unprecedented challenge was staring at her."

Dr Fen circled the diagnosis and took a photograph of the report and shared with a friend.

Soon the report was circulated across Wuhan's medical circles and other doctors began talking about this new mysterious disease.

Dr li Wenliang was one of them. He too received this report and is now known as the first whistleblower. Dr Fen gave him the whistle, as she puts it.

Dr Wenliang shared the report further and soon it emerged on the radar of the Chinese censors.

Subsequently, Chinese authorities began the coverup of the report. Dr li was pulled up by Chinese officials for sharing the report and accused of spreading false information.

Later, the Chinese police tracked down Dr Fen as the source. The authorities gave her a warning and asked her to stay quiet.

In the interview, Dr Fen also says that she knew about the human-to-human transmission of the coronavirus; but "no one listened to her."

Instead of acting on her report, the Wuhan Central Hospital joined the government's cover-up and forbade the staff from passing messages pr images about the virus.

A few months later, Dr Fen got a chance to speak again. She spoke to Chinese magazine call "People". This time she did not hold back anything and told the magazine everything she knew.

And now, nobody knows where Dr Fen is.