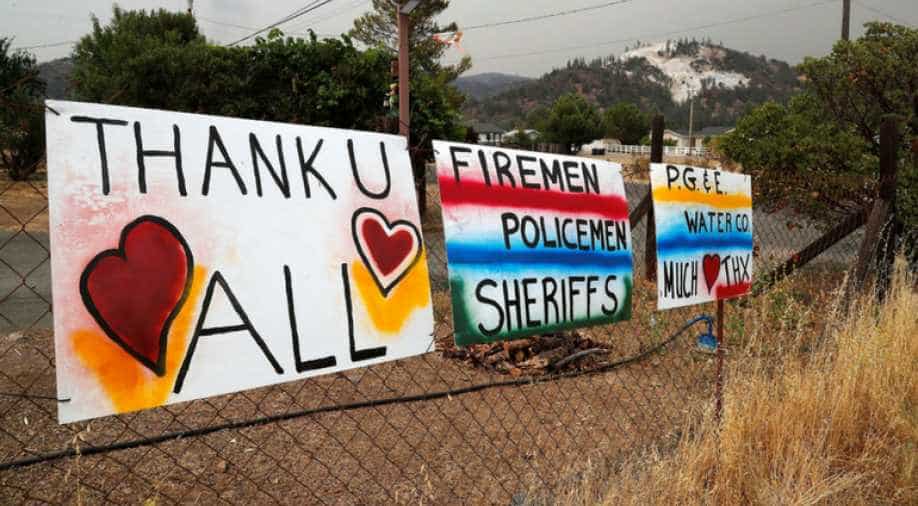 A firefighter died on Monday while trying to contain the Mendocino Complex fire, the largest wildfire in California's history, authorities said.

The Department of Forestry and Fire Protection of California said that the firefighter died in hospital after sustaining injuries while working to contain the blaze.

The Mendocino Complex blaze is 68 per cent contained after spreading to more than 141,500 hectares (349,654 acres), according to the latest report.

The blaze, which is made up of the Ranch and River fires, began on Jul. 27 around Clear Lake, some 200 kilometres (124.2 miles) north of San Francisco.

More than 3,000 emergency personnel have been working to contain the fire that has destroyed more than 260 structures.

Official records dating from 1932 show that four of the five most destructive fires in state history have occurred in the last six years.