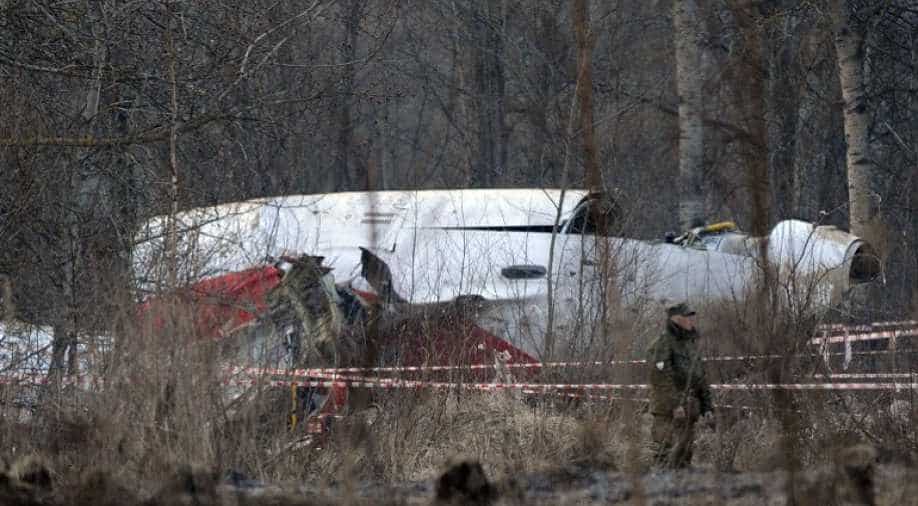 The governing rightwing Law and Justice (PiS) party suspects the crash involved foul play, but Polish and Russian investigators have never found any evidence to support the claim. Photograph:( AFP )

The exhumation of Poland's former head of state was due to begin today, reviving a probe into a 2010 presidential plane crash that has stoked friction with Russia and caused divisions at home.

Prosecutors want to check the remains were correctly identified and test for traces of explosives or combustion, as the governing rightwing Law and Justice (PiS) party believes a fire may have erupted on board before the crash.

The PiS suspects the crash involved foul play, but Polish and Russian investigators have never found any evidence to support the claim.

Local media say 83 of the victims' remains are to be exhumed in an investigation likely to last at least two months.

The process is expected to start late today with Kaczynski and his wife Maria.

PiS leader Jaroslaw Kaczynski's twin brother, then president Lech Kaczynski, was among 96 people, most of them senior Polish state officials, who died in the crash in Smolensk, western Russia, on April 10 2010.

The delegation was heading to a ceremony in Russia's Katyn forest for thousands of Polish army officers killed by Soviet secret police in 1940, a massacre the Kremlin denied until 1990.

Kaczynski and his wife Maria are buried in the crypt of the Wawel royal castle in Krakow where the kings of Poland and Jozef Pilsudski, the father of Polish independence in 1918, are also interred.

In March, Kremlin spokesman Dmitry Peskov dismissed Polish suspicions as "groundless, biased and having no connection with the real circumstances of this aircraft accident."

Moscow has been asked many times to hand over the wreckage and black boxes to the Polish authorities, but each time has said it will only do so when its own inquiry is finished.

But the PiS-led government, which came to power in November 2015 after eight years in the opposition, rejected those conclusions as a coverup and launched its own investigation.

Only 10 per cent of Poles approve of the decision to exhume the bodies, according to a survey conducted by the IPSOS pollsters published in October.

Last month, more than 200 relatives of 17 of the 96 victims wrote an open letter to President Andrzej Duda, saying they felt "abandoned and distraught in the face of a cruel and heartless act" of exhuming the remains.