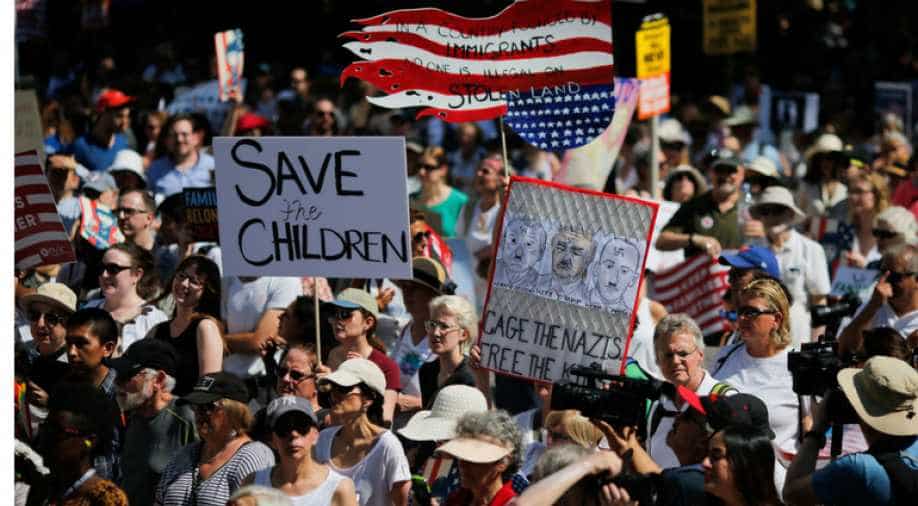 Dozens gathered along El Paso del Norte International bridge in Ciudad Juarez and nearby streets on Saturday (June 30) to demonstrate against the Trump administration's 'zero tolerance' policy, which prosecuted any adult caught crossing the border illegally.

The measure forced the separation of more than 2,000 migrant children from their parents and sparked public outcry after it was implemented in May.

And while Trump has reversed course on the policy, his administration said reuniting families already separated won't be easy.

But protesters are refusing to wait - they're demanding families be reunited immediately and for the administration to end its zero tolerance policy, they dub "racist."

"Since Donald Trump took office, policies of hate begun. There have been more deportations. Policies, so that people are unable to migrate, have become worse. We all know they migrate out of necessity. We demand an end to the racist policies of Donald Trump," said protester Irvin Luevano.

Families and children chanted: "Free our children, now!" while holding banners that read: "No one is illegal on stolen land" and "All children have to be free to be with our families, not incarcerated and separated. UN, where are you?"

Ten of thousands of protesters marched in cities across the United States on Saturday. The demonstrations come amid a new strike in the legal battle over immigration.

The government said in a court filing on Friday (June 29) that it has the right to hold children in detention with their parents for the duration of their immigration proceedings, which can take months or years.

Current law prevents children from being held for more than 20 days.