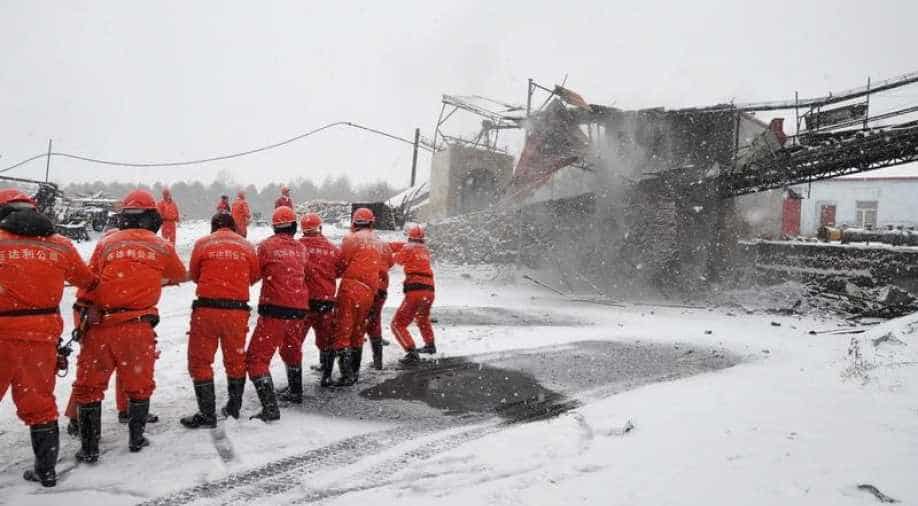 A small explosion on Monday at a coal mine in China's Guizhou province kills four workers and nine are reportedly missing, Xinhua reported on Tuesday citing local authorities.

The reports stated that the cause of the explosion was unclear, and the rescue work was underway.

Zimujia coal mine, the place of incident, is run by private-owned Pannan Coal Investment Co in Panzhou city. The coal mine has designed annual capacity of 300,000 tonnes.

Benchmark thermal coal futures soared as much as 5.5 per cent to 622 yuan ($90.80) a tonne, their highest in 11 months, during early trade on Tuesday, as market expects more stringent inspections on coal mines across the country might lead to tight supply.

The accident comes not long after a blast at an iron ore mining project in Liaoning that killed 11 people in June.

According to Guizhou Energy Administration file, the coal mine was ordered to rectify on some safety issues during a safety inspection conducted by local authorities in late April.

The government of Panzhou city has declined to comment and the private-owned could not be reached for comment.