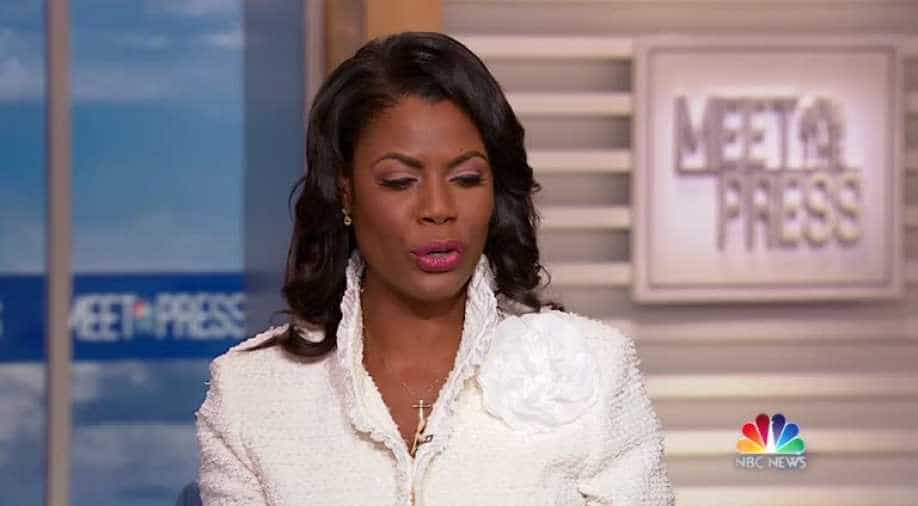 Former White House aide and reality television star Omarosa Manigault Newman said on Sunday (August 12) that she had personally heard a recording of President Donald Trump using the N-word when he was taping "The Apprentice", the reality TV show that shot Omarosa to fame.

She told NBC's "Meet the Press" that while Trump had never used the word in front of her, she had heard that his alleged use of the word had been caught on tape.

"Once I heard it for myself it was confirmed what I feared the most - that Donald Trump is a con and has been masquerading as someone who is actually open to engaging with diverse communities. But when he talks that way the way he did on this tape it is confirmed that he is truly a racist," Omarosa said.

Omarosa left the White House in December and her television interview coincided with the release of a book, "Unhinged: An Insider Account of the Trump White House," detailing her time there.

She also played a recording on Sunday (August 12) of her firing by the White House and indicated she had further recordings from her time in the Trump administration.

"I have to protect myself and I have no regret about it," Omarosa said.

On the recording, White House Chief of Staff John Kelly can be heard talking to Omarosa in the Situation Room. "We want to talk to you about leaving the White House," Kelly said, as he cited integrity issues for her leaving. "It's important to understand that if we make this a friendly departure ... you can go on without any type of difficulty in the future relative to your reputation."

When asked on "Meet the Press" how often she made recordings during her time working for President Donald Trump, Omarosa said: "This is a White House where everybody lies ... you have to have your own back."