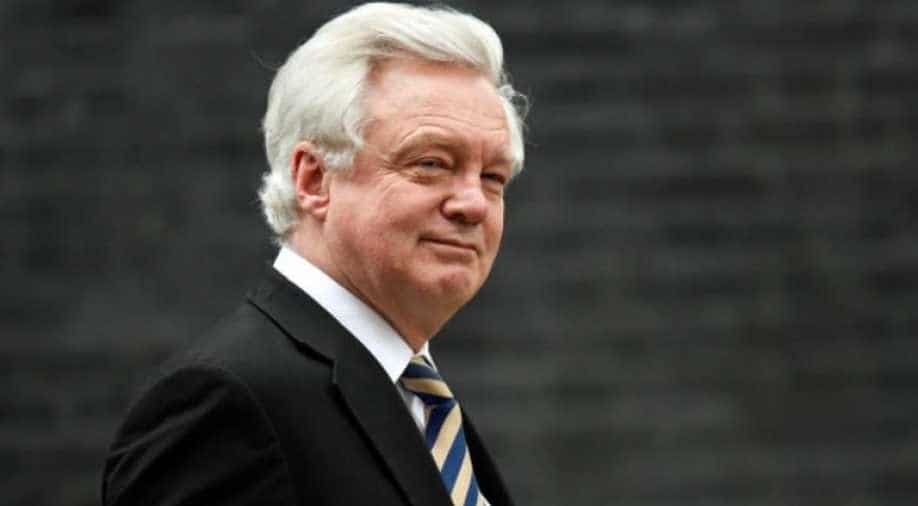 Former Brexit minister David Davis on Sunday confirmed that he will be voting against Prime Minister Theresa May's plans to exit the European Union, adding that the "Chequers Brexit," which led to his cabinet's resignation, is pretty much worse than being a part of it.

With under two months to go, before Britain and the EU want to agree on a deal to end over 40 years of union, May is struggling to sell what she calls a 'business-friendly' Brexit to her own party and across a divided country.

David Davis told the BCC's Andrew Marr that it would be "odd" to back what has come to be known as the Chequers plan after having resigned in opposition to it.

His comments come as the Conservative party is increasingly split over the Chequers agreement, which proposed the UK should with the EU for food and goods, an idea that the party’s rightwing says amounts to “rule-taking” from Brussels.

Britain's prime minister has again spoken out against calls for a second referendum on Britain's decision to split with the European Union.

Theresa May wrote in the Sunday Telegraph that it would be a "gross betrayal of our democracy" to have another vote.

She said "millions came out to have their say" in the June 2016 vote that set Brexit in motion.

Prime Minister May said she would not allow compromises to her Brexit strategy that went against the national interest, seeking to allay fears among some in her Conservative Party that she will cave in to Brussels' demands in negotiations.

Both Britain and the EU have stepped up contingency planning in case the two sides are unable to reach a deal in time, setting financial markets on edge and weakening sterling at the prospect of economic disruption.

May also said she would not hold a second referendum on Britain's EU membership, reiterating a long-held position in an attempt to counter increasingly vocal campaigning for another public vote on the terms of the divorce.

"To ask the question all over again would be a gross betrayal of our democracy," May said.

Davis had resigned in July this year because he was not willing to be “a reluctant conscript” to May’s European Union exit plan, delivering a blow to a British leader struggling to end divisions in her cabinet.