Europe can no longer rely on the United States for its security: Macron 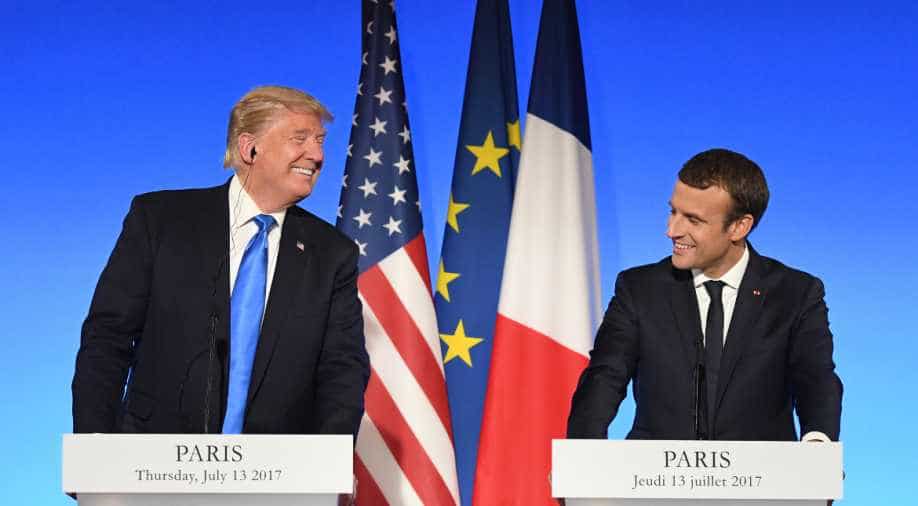 Macron said he will shortly come up with a proposal to boost European Union's defence proposal which including talks with Russia.

As President Trump's administration continues its flip-flop over NATO, French president Emmanuel Macron said Europe can no longer rely on the US for its security.

Macron said he will shortly come up with a proposal to boost European Union's defence proposal which including talks with Russia.

"Europe can no longer rely on the United States for its security. It is up to us to guarantee European security," Macron said, adding,"Do China and the United States think of Europe as a power with similar independence to their own? It is not the case."

Macron's stand comes amid reports of France and Germany backing the idea of a small joint European response force with both countries announcing plans to develop a fighter jet together.

Macron who has stood for a strong Europe which has been his message during the presidential campaign said: "France wants a Europe which protects, even as extremism has grown stronger and nationalism has awoken," he said.

"Divisions between north and south over economics, between east and west on migration, too often fracture our European Union," he added, urging a "humanist" approach to the changes brought by globalisation.

"There is a clear approach of European opportunism while claiming to be nationalist," Macron said while calling out Hungary's PM Viktor Orban who is a known Euro sceptic. Orban's government has been particularly stern on immigrants and crackdowned on human rights activists.

"I think xenophobes bring no solutions to the problem they complain of," the French president said, adding xenophobic comments were unacceptable while admitting that France has often walked the "solitary path".