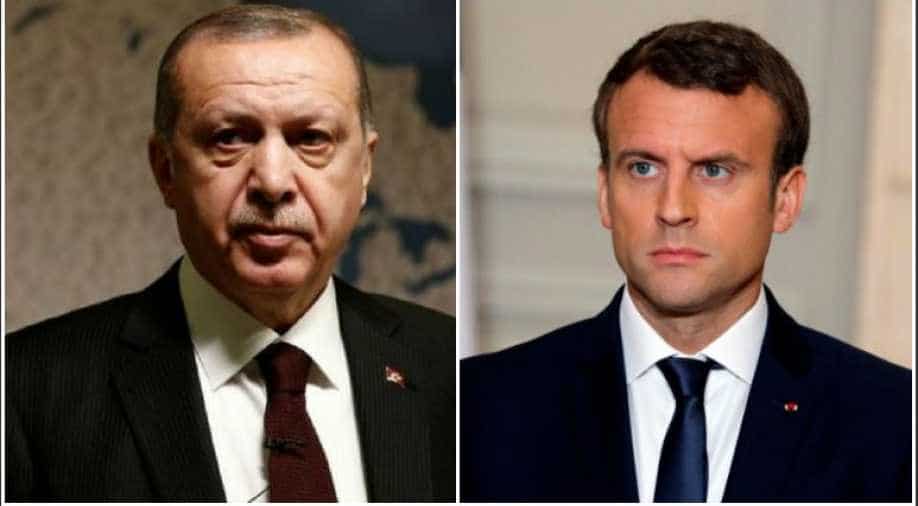 They also agreed on a meeting between the two countries' finance ministers "as soon as possible".

Turkish President Recep Tayyip Erdogan and his French counterpart Emmanuel Macron agreed in a phone call Thursday to foster trade ties, a Turkish presidential source said, after the lira's dramatic fall in the wake of escalating tensions with the US.

"Both leaders emphasised the importance of fostering economic and trade relations as well as mutual investments," the source said.

They also agreed on a meeting between the two countries' finance ministers "as soon as possible".

A diplomatic spat between Turkey and the United States over the detention of an American pastor has grown into a crisis, leading to the lira diving against the dollar.

The Turkish currency showed a slight rebound on Thursday after losing over 16 per cent of its value last Friday, following US President Donald Trump doubling aluminium and steel tariffs on Ankara.

Finance Minister Berat Albayrak, Erdogan's son-in-law, was due to address hundreds of foreign investors through a teleconference on Thursday, in an apparent attempt to reassure the markets.

Erdogan has remained defiant in the face of the crisis with Washington, saying Turkey could turn to new alternative markets.

His telephone call with Macron comes a day after he spoke on the phone with German Chancellor Angela Merkel.

Albayrak on Thursday spoke with his German counterpart Olaf Scholz on the phone, where the two ministers agreed to "take steps in order to reinforce economic cooperation," Albayrak's office said in a statement.