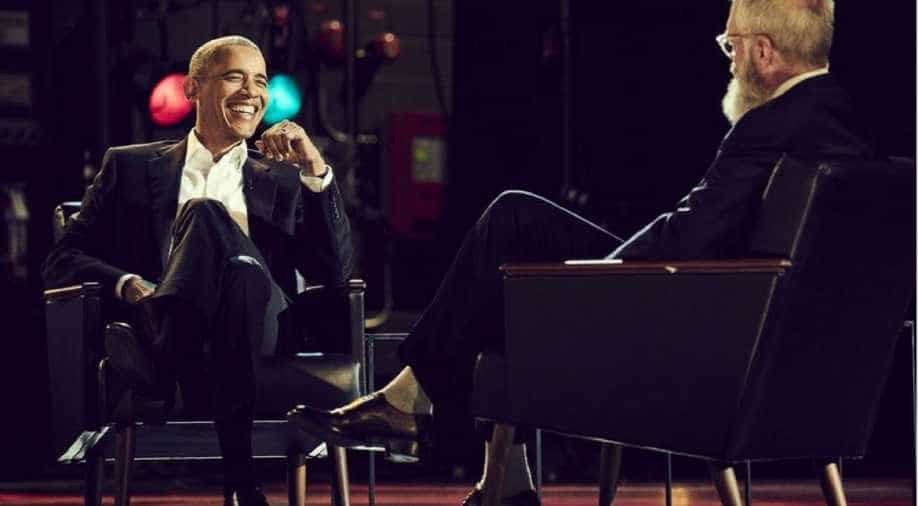 In a short clip from the episode, which debuts on January 12, Obama gives some tips for dads who want to dance while in talks with the host David Letterman. (Source: Netflix) Photograph:( Others )

Former US President Barack Obama gave parents tips on dancing and joked about his "dad moves" in a teaser released for a new show on Netflix, David Letterman's "My Next Guest Needs No Introduction with David Letterman".

Almost a minute-long, the teaser opens with a clip of Obama discussing the first time he met music legend Prince.

He said, "This was probably three or four months before he died. And Prince asked Sasha (Obama's daughter) to come up and dance — and she's an excellent dancer. Then Sasha pulls me up, which surprises me because she always mocks my dancing but I have dad moves."

He goes on to describe what "dad moves" consists of, saying, "The key is what we call staying in the pocket."

"I think everybody here knows dads who get out of the pocket and they're trying stuff that they can't really pull off and, you know, they start doing, like, karate kicks and all kinds of stuff."

A tip for dancing dads from @BarackObama, "you've got to stay in the pocket." pic.twitter.com/MeXbGgcYl1

Obama will be the first guest on the chat show which will air with a new high-profile guest every month in the form of an episode.

This appearance will mark Obama's first talk show appearance since he left office.

As revealed by Netflix, other guests who will be appearing on the show include George Clooney, Howard Stern, Tina Fey, Malala Yousafzai and Jay-Z.

Letterman talking about his show and guests said, "You never know when you might learn something, and that’s what this is about for me. These are people that I admire."

David Letterman is making his comeback on TV with this new chat show. He is an eminent TV personality who has been on the small screen for over three decades. He used to host "The Late Show" in 2015 which was on air for the longest time. His first late-night show was NBC’s "Late Night with David Letterman" in 1982.

The new chat show will premiere on Netflix on Friday.