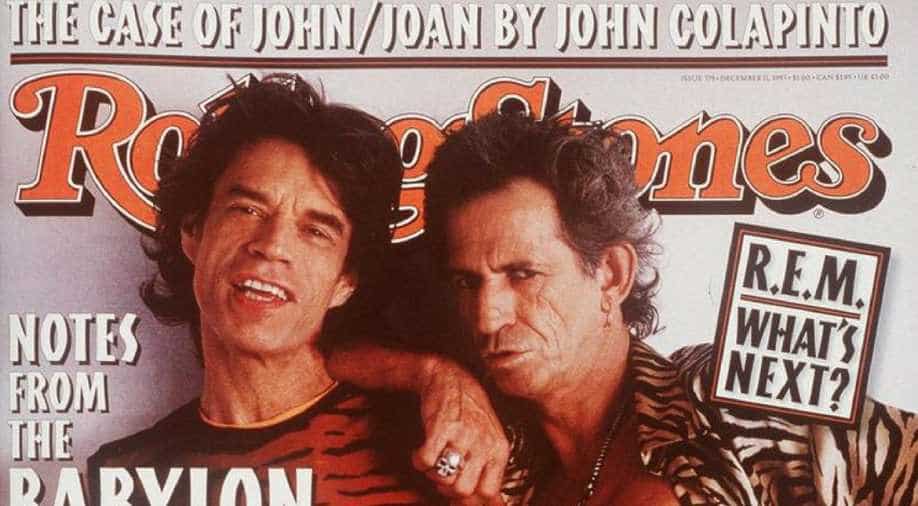 Mick Jagger, left, and Keith Richards grace the cover of the Dec. 11, 1997, issue of Rolling Stone. Photograph:( Others )

Penske Media Corp. announced Wednesday night it was making a strategic investment in Wenner Media which owns Rolling Stone -- the iconic pop culture and music magazine founded a half-century ago.

The companies made the investment announcement without disclosing any financial terms of the deal.

In a statement, the companies said, the New York-based Wenner Media will maintain editorial oversight of Rolling Stone, which will remain an independent authority on U.S. pop culture and political coverage.

Penske Media Chairman and Chief Executive Jay Penske said in a statement, “Our interest in Rolling Stone is driven by its people, its cultural significance, and the globally recognized brand that has no peer in its areas of influence. We believe that Penske Media is uniquely qualified to partner with the Wenners to ensure the brand continues to ascend for decades across multiple platforms.”

In a statement, Jann said, “I am so proud of our accomplishments over the past 50 years and know Penske Media is the ideal match for us to thrive in today’s media landscape,”

As disclosed by a popular Hollywood trade magazine owned by Penske Media, the investment values Penske at about $100 million.

The company is based out of New York and Los Angeles.

As for Rolling Stone, it was launched in San Francisco with its first publication released in 1967. The magazine played a pioneering role in coverage of the counterculture and the rise of rock music.

Currently, the magazine struggles to maintain its relevancy and is facing financial crunch owing to a drop in readership of the print medium.

The Singapore-based BandLab Technologies owns 49 per cent of Rolling Stone magazine. The deal was finalised in September 2016.