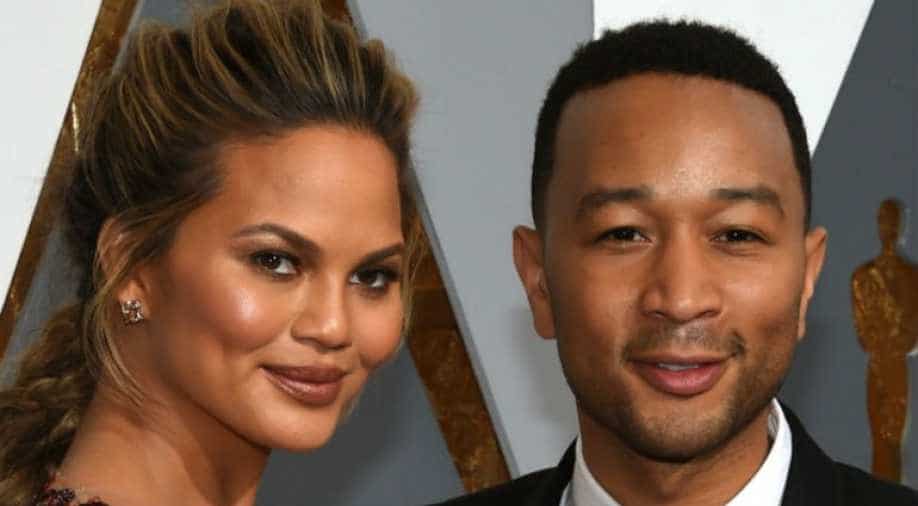 File photo of John Legend and Chrissy Teigen who joined other Hollywood celebrity in a protest march against Donald Trump's immigration policy. Photograph:( Others )

Hollywood A-listers like John Legend, Kerry Washington, Amy Schumer. Alicia Keys took to streets on Saturday in Los Angeles to protest against US President Donald Trump's 'Zero Tolerance' policy that has left many children separated from their immigrant parents.

They urged US President Donald Trump`s administration to reunite children separated from their parents at the border.

People turned out across the US on Saturday at more than 600 locations across New York City, Washington and Los Angeles for the cause.

Legend was present at the march with wife Chrissy Teigen. Legend gave a short speech about not giving up the fight for families before debuting a new song.

"The world is a big place. There are seven billion people out there. Seven billion strangers. We how important family is. I'm so happy to be here with my family. But what does it mean to love the people that we don't know? To see the value in every single person's life? Think about that. It means your daughter or son, your neighbour's daughter or son and the daughters and sons of people who live thousands of miles away all deserve the right to life, liberty and the pursuit of happiness," said Legend.

"I think some of us have a strong temptation to just disengage.

But we can't. I can't do that. I have to do something." - @johnlegend #FamiliesBelongTogether pic.twitter.com/JyLSUpUI7i

Watch as @AmericaFerrera reads a letter from a grandfather trying to reunite with his granddaughter who has been detained.#FamiliesBelongTogether pic.twitter.com/z9yJDgIxiZ

'Orange is the New Black'  actress Diane Guerrero also gave an impassioned and tearful speech in Washington about her own experience of getting separated from her parents when she was 14.

Though Trump signed an executive order to keep immigrant families together on June 20, protests have not died down because progress has been slow.