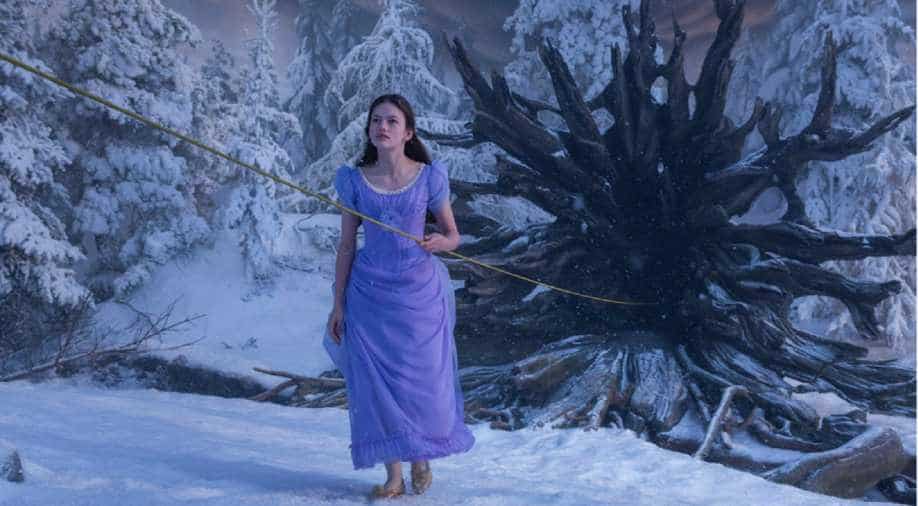 The film stars Mackenzie Foy as a girl named Clara searching for a key that will open a mysterious box given to her by her late mother. Photograph:( Twitter )

The holiday season is just around the corner and Disney's "The Nutcracker and the Four Realms" trailer will make you want to start the preparations already.

Released late Tuesday, the "The Nutcracker and the Four Realms" trailer has the feels of the studio's previous hit movie "Beauty And The Beast" plus some Christmas add-ons like a snow-laden village, decked up Christmas trees, gifts, and so much more.

In the middle of the winter wonderland, the classic holiday tale follows the story of a young girl's mystical adventures with a nutcracker that has received a slight makeover, including the famed Nutcracker ballet.

The trailer opens with Mackenzie Foy who plays Clara's character -- in search of a key that will unlock a gift from her late mother, initiated by her godfather Drosselmeyer played by Morgan Freeman. While Clara searches for the key, she ventures through four alternative universes or realms, in which she encounters Sugar Plum Fairy (Keira Knightley), and the Fourth Realm's ruler Mother Ginger (Helen Mirren).

The trailer also brings to focus the stunning ballroom scene which again has some "Beauty And The Beast" vibes.

The trailer has been put together in such a way that it follows Clara's journey -- making it look more real than ever in a movie.