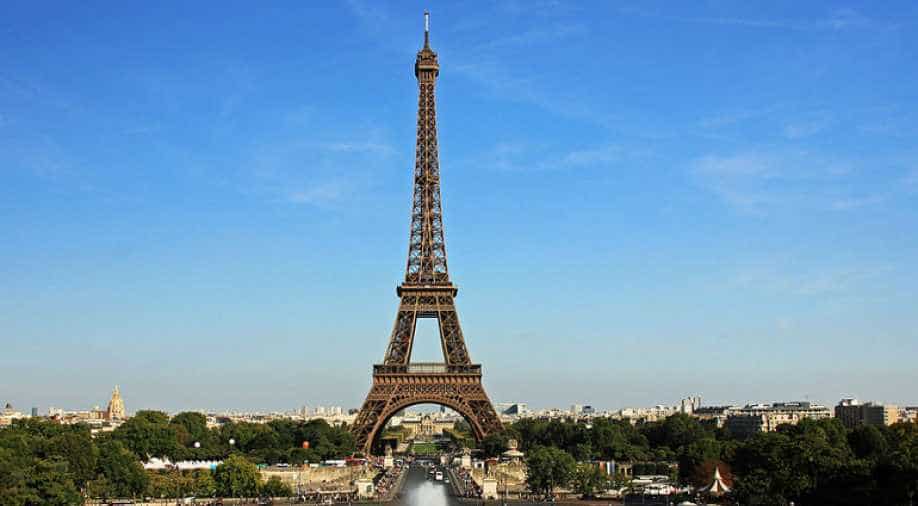 Staff at the Eiffel Tower shut down the Paris landmark on Wednesday afternoon in protest over a new access policy which they say is generating "monstrous" queues for tourists.

Access to the monument, which welcomed more than six million visitors last year, was blocked from 1400 GMT, according to a sign at the base of the tower.

Staff had already been set to strike on Thursday.

The site's management said staff took action after talks with unions fell apart earlier on Wednesday afternoon. The site was not evacuated, and tourists already inside were allowed to finish their visits.

Yunhyie Park was unaware of the strike when she arrived this afternoon with her parents, who were making their first visit from South Korea.

"Yesterday we saw (about the strike) and we hoped it wasn't true, but finally it's true," she told AFP. "It's really a shame."

Staff are angry over a decision last month to start setting aside half of the Eiffel Tower's daily tickets for people who buy them online in advance and choose a scheduled time for their visit.

The tower's management has also started reserving specific elevators for each type of ticket holder, a move which "creates lines that are at times monstrous and often lopsided," the CGT union said.

During off-peak times for pre-booked tickets, such as the early afternoon, the reserved elevator might be half empty -- despite lines of up to three hours at the elevator for walk-ins.

And high demand at the pre-booked elevator can cause back-ups that force people to wait long beyond their scheduled visit.

Hector had travelled from Monterey, Mexico, with his wife and children for their first trip to France, and was just about to reach the elevators when the doors shut.

"We've been here for two and a half hours, waiting for nothing," he said.

"We will take a look for tomorrow, but we will need to buy another ticket," he said because pre-booked tickets will only be reimbursed -- not exchanged for another time slot.

"Employees' patience has run out," the CGT's Denis Vavassori said on Monday, adding that many visitors were unhappy with the long waits.

Staff want all the elevators to be available to all visitors, no matter what kind of ticket they have bought.

SETE, the company which runs the site, says it sells 10,000 online tickets for the tower every day and that "the waiting time is very short".

"For visitors who come without tickets, the waiting time at the checkouts at the foot of the Eiffel Tower is exactly the same as last year, while the number of visitors has increased," it insisted.

The tower has been hit by repeated strikes by its 300-strong staff in recent years over issues ranging from pick-pocketing to maintenance work.