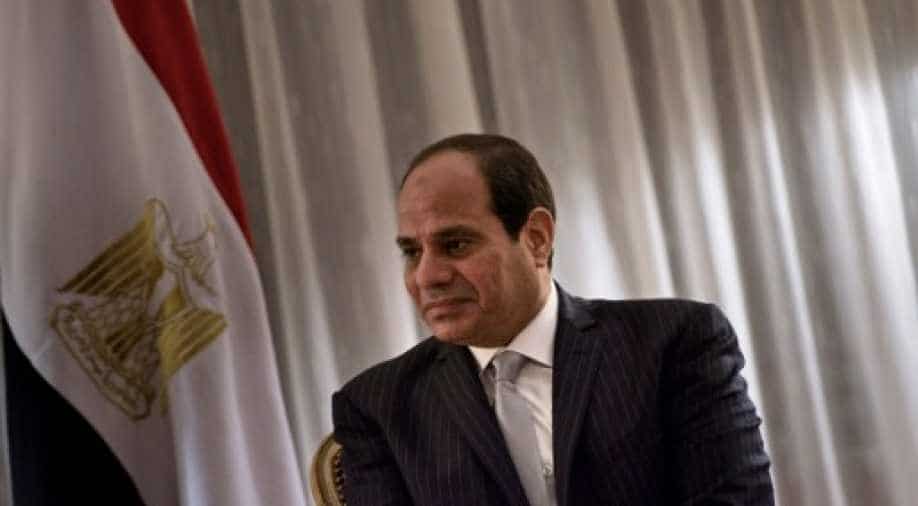 The suspects had planned to kill President Abdel Fattah al-Sisi (in photo) once during his pilgrimage to Saudi Arabia and the other time in Cairo. Photograph:( AFP )

Egypt will initiate a trial against 292 jihadist suspects for plotting to assassinate President Abdel Fattah al-Sisi and the Saudi crown prince.

The suspects are also accused of launching a series of deadly attacks in the Sinai peninsula, a prosecution official said on Sunday.

The undertrials, who have alleged links with Islamic State terrorist organisation in the Middle East, have been involved in leading an insurrection in the Sinai.

All the 292 suspects were involved in the assassination plots to kill Sisi and the Saudi Prince, the official said, of which 66 have confessed to their role during intense interrogations.

Two plots were made to kill Sisi -- one when he was in a pilgrimage in Saudi Arabia and the other time was in Cairo.

The prosecution official did not elaborate on the plan.

Most of the suspects are disgruntled former police officers who were dismissed for following jihadist ideology.

The prosecution also accuses the suspects of attacking army and police checkpoints and bases in the Sinai, and of responsibility for a February 2014 attack on a bus carrying South Korean tourists in the south Sinai tourist resort of Taba that killed three holidaymakers.

The army has been battling an Islamist insurgency in northern Sinai which escalated after the military overthrew Islamist president Mohamed Morsi in 2013.