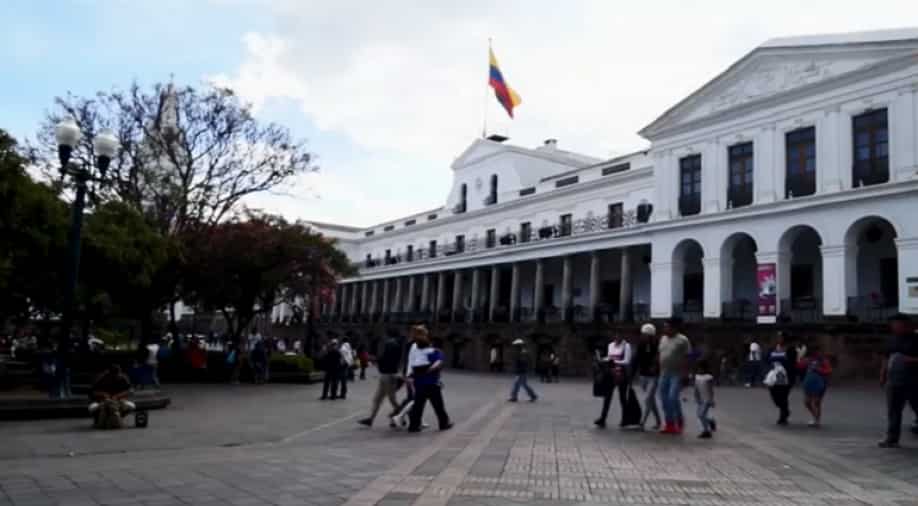 The Ecuadorean government announced on Thursday it will open a humanitarian corridor for Venezuelans who are currently located in its territory so they can pass through in a safe manner amid the crisis in Venezuela. In a news conference in Quito, Ecuadorean Foreign Minister Jose Valencia said it was "inhumane" to allow millions to leave a country as a result of political and economic problems.

Some 600,000 Venezuelans have entered Ecuadorean territory this year alone, of which 80 per cent are passing through the country to their final destination of Peru or other countries.

The announcement comes a day after officials in Quito arranged for some 250 people to travel via bus towards Huaquillas along the border with Peru, just hours after Lima announced it will be requiring presentation of passport to enter that nation.

The humanitarian corridor will be open to Venezuelans who have irregular status as migrants, many of whom don't have a passport.

In creating the corridor, Valencia rebuked the massive exodus of Venezuelans as a lack of political will on the part of the administration of Nicolas Maduro, even though he said the solution to the crisis must be negotiated upon by countries in the region.

The statement was accompanied by Ecuador's announcement it will leave the Bolivarian Alliance for the People of our Americas (ALBA) as a result it said of the failures of presidents including Hugo Chavez.

Ecuador is promoting a regional meeting for September in the hope of finding a joint solution to the Venezuelan migrant crisis.