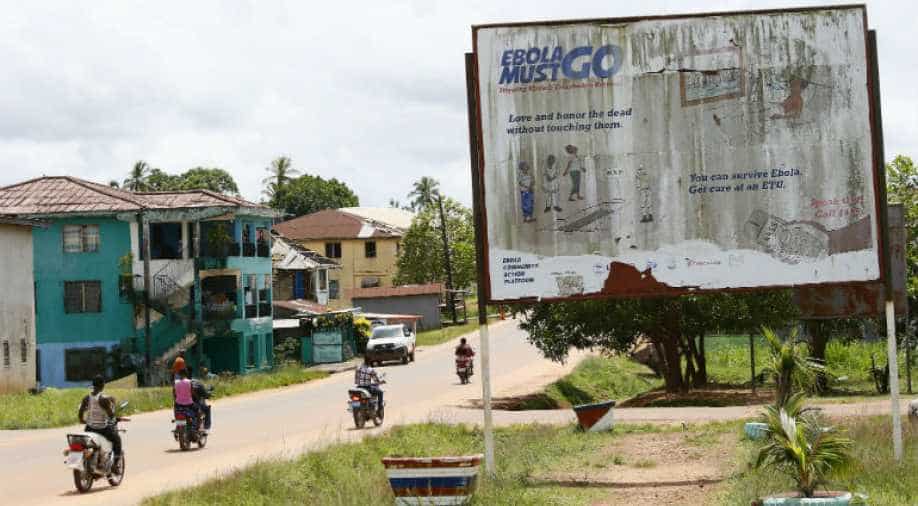 An outbreak of Ebola in eastern DR Congo has killed 67 people this month, authorities said Saturday, as they roll out a battery of new drugs to tackle the virus amid concerns it has spread to a rebel-encircled area.

A total of 105 cases have been reported since the flare-up of Ebola began on August 1 in Mangina in North Kivu province, according to the country's health ministry, out of which 77 have been confirmed by laboratory tests.

It said 11 people have recovered from the virus and 67 had died.

Health minister Oly Ilunga Kalenga travelled to Mangina on Thursday and saw two patients being discharged after they were treated with a new prototype treatment called mAb114.

"These two people are among the first 10 patients to have received the therapeutic molecule mAb114," the ministry said in a statement.

Developed in the United States, the prototype drug is the first therapeutic drug to be used in an active Ebola epidemic in the DRC.

Earlier this week the health ministry said four other experimental drugs had been approved for treating infected patients.

On Friday the World Health Organisation warned that signs that the virus had spread to the city of Oicha in North Kivu province could frustrate efforts to contain the virus.

While Oicha itself is not under rebel control, the WHO's emergency response chief, Peter Salama said the city is entirely surrounded by territory held by a feared Ugandan insurgent group known as the Allied Democratic Forces (ADF).

Large numbers of civilians have been killed by unrest around Oicha, while aid workers, priests and government employers are currently being held hostage there by insurgents.

The current outbreak is the 10th to strike the DRC since 1976, when Ebola was first identified and named after a river in the north of the country.