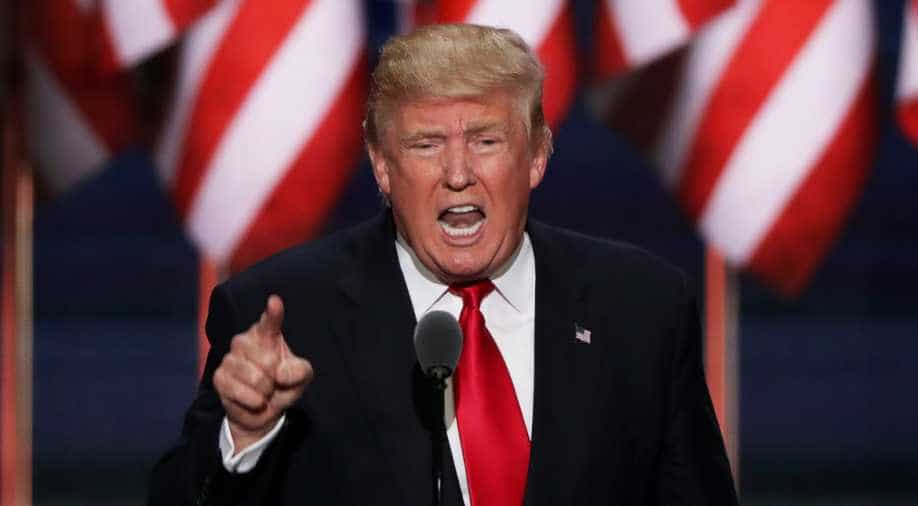 In the tax filing, the foundation acknowledged that it used money or assets in violation of the regulations not only during 2015, but in prior years. Photograph:( Getty )

President-elect Donald Trump's charity has admitted that it violated IRS regulations barring it from using its money or assets to benefit Trump, his family, his companies or substantial contributors to the foundation.

The admissions by the Donald J Trump Foundation were made in a 2015 tax filing made public after a presidential election in which it was revealed that Trump has used the charity to settle lawsuits, make a USD 25,000 political contribution and purchase items such as a painting of himself that was displayed at one of his properties.

The filing's release, first reported by The Washington Post, comes as the New York attorney general's office investigates whether Trump personally benefited from the foundation's spending.

The filing also shows Trump's foundation accepted money from a Ukrainian businessman who also gave money to one of Trump's favored targets on the campaign trail: The Clinton Foundation. The charity also donated to a conservative group that backed Trump during his candidacy.

The 2015 tax filing was posted on the nonprofit monitoring website GuideStar on Nov 18 by someone using an email address from the foundation's law firm, Morgan, Lewis & Bockius, said GuideStar spokeswoman Jackie Enterline Fekeci.

In the tax filing, the foundation acknowledged that it used money or assets in violation of the regulations not only during 2015, but in prior years. But the tax filing doesn't provide details on the violations.

Questions about the violations sent via email to Trump's transition team weren't immediately answered yesterday. Marcus S Owens, a partner at the Washington law firm Loeb & Loeb and a former director of the IRS exempt organizations division, said the lack of detail in the tax filing makes it difficult to determine the extent of the charity's violations.

"There's no way to tell for sure whether the self-dealing is small and trivial or large and a pattern of ongoing deliberate misuse of the charity's assets," Owens said.

Generally, he said, self-dealing violations require the violator to pay an excise tax equal to 10 per cent of the amount involved in the transactions. The violator also would have to repay the foundation for the full amount involved.

Owens also noted that self-dealing is a violation of New York state law, where the charity is registered.

New York Attorney General Eric Schneiderman, a Democrat, launched an investigation into the charity after reporting by the Post drew attention to some of the foundation's purchases, three of which are listed in the latest filing: two portraits of Trump and a football helmet autographed by former NFL quarterback Tim Tebow.

As the Post reported previously, Trump bid USD 12,000 for the football helmet, and his wife, Melania, bid USD 20,000 for one of the portraits. The other portrait, which Trump bid USD 10,000 for, has been hanging on a wall at his golf course in Doral, Florida, according to the Post.