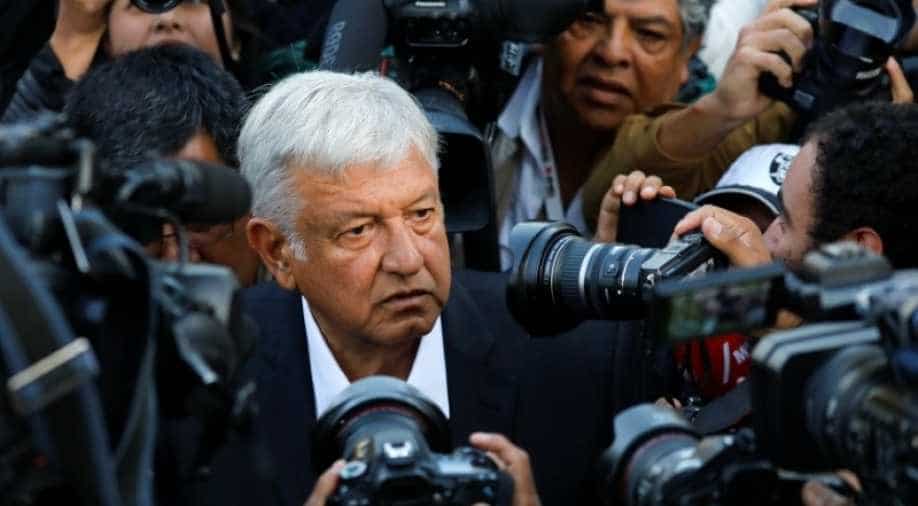 Presidential candidate Andres Manuel Lopez Obrador talks to the media as he arrives at a polling station during the presidential election in Mexico City, Mexico July 1, 2018. Photograph:( Reuters )

US President Donald Trump on Sunday congratulated Andres Manuel Lopez Obrador on his landslide victory in Mexico's presidential vote, saying he looks "very much forward to working" with the anti-establishment leftist.

"There is much to be done that will benefit both the United States and Mexico!" tweeted the US Republican leader, whose anti-trade, anti-immigration policies have plunged bilateral ties between the neighbors to a historic low.

Trump -- who during his presidential campaign charged that some Mexican immigrants were "criminals" and "rapists" -- early in his presidency ordered the building of a wall along the 2,000-mile (3,200-kilometer) US-Mexico border.

The White House additionally is scrambling to calm international outrage over a Trump policy that had allowed the separation of migrant children from their parents at the border.

The brash US leader has also threatened to tear up NAFTA, the two-decade-old North American Free Trade Agreement.

Talks to renegotiate the terms of the pact between the US, Mexico and Canada have been bogged down by efforts to satisfy Trump's demands.

The sharp-tongued Lopez Obrador meanwhile ascended to the presidency on a vow to fight for a "radical turn" in Mexico, a country deluged in corruption scandals and ravaged by a bloody drug war.

Concerning the thorny US-Mexico relationship, the leftist president-elect has promised to put Trump "in his place."