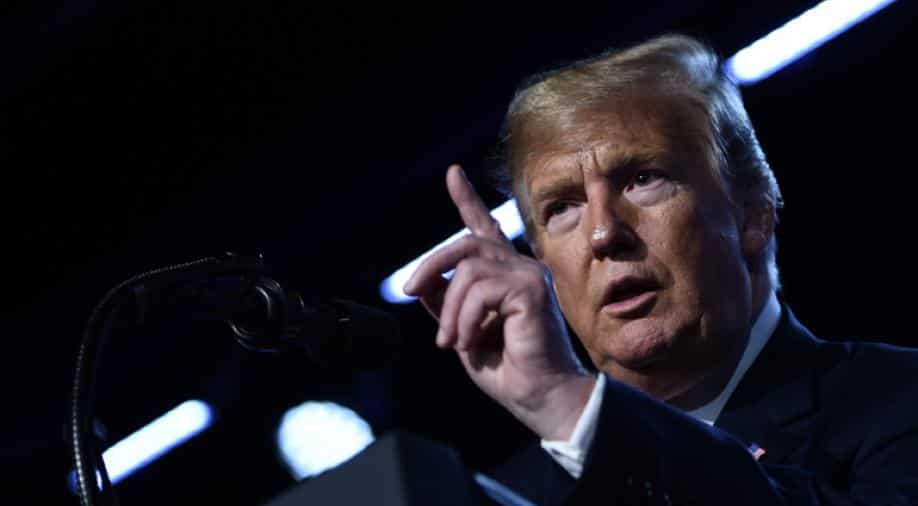 US President Donald Trump appealed to Attorney General Jeff Sessions to end an investigation into Russia's role in the 2016 election, drawing a rebuke from his fellow Republicans in Congress who said the probe must go on.

It was Trump's most direct call for his top US law enforcement officer to shut down Special Counsel Robert Mueller's criminal investigation and Democrats promptly accused the president of trying to obstruct justice.

Trump's remark coincided with the start of the trial this week of his former campaign chairman Paul Manafort on charges arising from Mueller's inquiry.

In a series of tweets, Trump called a "TOTAL HOAX" the idea his campaign worked with Moscow, which Mueller is examining. "This is a terrible situation and Attorney General Jeff Sessions should stop this Rigged Witch Hunt right now, before it continues to stain our country any further," he said.

Since his surprise election in November 2016, Republican Trump has chafed at any suggestion that the Russian interference might have helped him win the White House.

And while he has long maligned Mueller and the investigation, his tweet on Wednesday was an extraordinary bid to try to influence the course of an inquiry hanging over his presidency.

In any case, Sessions recused himself from the investigation in March 2017 and does not have the power to stop it.

The White House said the tweet was not an order to Sessions and that Trump was expressing his frustration with the length of the probe.

"It's not an order. It's the president's opinion," White House spokeswoman Sarah Sanders told a news briefing. She denied that Trump was trying to obstruct the probe. "He's fighting back," she said.

Some US lawmakers said shutting down the investigation early would be a mistake.

Trump also said that Mueller is "totally conflicted." He provided no evidence that the team led by Mueller, a Republican who was appointed by a Republican, is biased against him.

Trump has steadily attacked Sessions for recusing himself. Sessions cited his role as a senior adviser to Trump's presidential campaign and appointed Deputy Attorney General Rod Rosenstein to oversee the investigation.

Rosenstein, in turn, appointed Mueller and is the person with the authority to fire him.

Six Republican senators going into a vote on Wednesday disapproved of Trump's tweet calling for an end to the probe.

"They ought to let them conclude their work. What they’re doing is something that is important and we support and I don’t think any effort to truncate that or somehow shut it down early is in the public’s best interest," said Senator John Thune.

Senator Orrin Hatch said he did not think Sessions had the power to end the probe and it would be unwise to do so.

An element of Mueller's investigation includes whether Trump or anyone in the campaign tried to obstruct justice. The New York Times reported last week that Mueller's office was examining negative tweets and statements by Trump about Sessions and former FBI Director James Comey. Trump fired Comey in May 2017.

US intelligence agencies concluded last year that Moscow meddled in the 2016 campaign to try to tip the vote in Trump's favour. Moscow has denied such interference, and Trump has denied any collusion by his campaign or any obstruction of justice.

Senator Dianne Feinstein, the top Democrat on the Judiciary Committee, said after Trump's tweet, "It's clear to me he's very worried about it and he wants to prevent it any way he can."

In April, the committee approved legislation to protect Mueller but Republican Senate leader Mitch McConnell said there was no need to advance the bill because he did not believe Trump would fire Mueller.

Some legal analysts said Wednesday's tweet alone was not enough to bring an obstruction of justice charge but it could be used to establish a pattern of conduct revealing Trump's intentions.

"It is a piece of evidence. It is part and parcel with the other 94 things the man has done that show obstruction of justice," said Paul Rosenzweig, a former prosecutor who was part of a team that investigated President Bill Clinton.

Jens David Ohlin, a law professor at Cornell University, said the tweets would likely not be seen as an order to Sessions, but as "Trump venting his continued frustration with the fact that he can't control the Russia investigation."