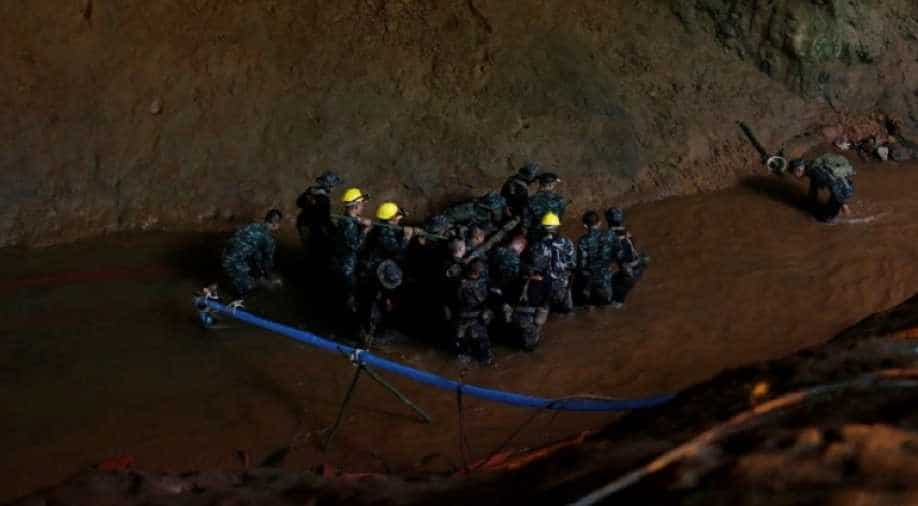 Soldiers and rescue workers work in Tham Luang cave complex, as an ongoing search for members of an under-16 soccer team and their coach continues. Photograph:( Reuters )

Thai navy divers went into the dark, murky depths of a flooded cave on Sunday as the search continued for 12 schoolboys and their soccer coach believed to be trapped since last week.

The boys and coach went missing last Saturday&nbspand have not been heard from since. The search has been hampered by heavy rain and flooding inside the Tham Luang cave complex.

Rescuers are hoping that they made it through to an elevated rock mound in one of the underground chambers far under the mountain. Cavers have nicknamed the potential safety spot "Pattaya Beach" after one of Thailand's best-known tourist destinations. But as of Sunday, the navy divers still had three km (nearly 2 miles) of flooded cave passages to reach that spot.