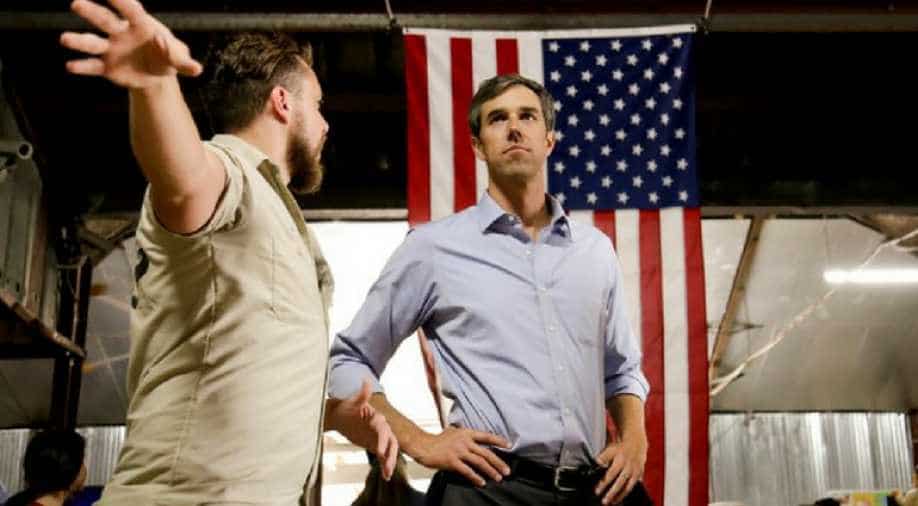 One political analyst calls it "an almost impossible map." Others are even less optimistic.

But despite the Democrats' long odds to retake the US Senate in November’s congressional elections, party strategists meeting in Chicago this week say the escalating legal troubles of President Donald Trump's former associates and corruption scandals engulfing Republicans could boost Democrats chances. The path, however, remains difficult.

Democrats are defending two dozen Senate seats this cycle - including 10 in states Trump won in 2016, some by huge margins. They need a net total of two seats to seize control of the chamber.

Having a majority would allow the party to derail or stall much of Trump’s policy agenda and increase congressional oversight and investigation of the administration, as well as complicate future conservative nominations to the US Supreme Court should another vacancy occur.

Stu Rothenberg, a non-partisan political analyst, called the Senate landscape "an almost impossible map" for Democrats. But, he added, given the headwinds facing Republicans, "the Senate could be in play."

In interviews at the Democratic National Committee’s summer meeting in Chicago, a dozen party strategists, party members and candidates discussed the party's path and strategy to winning back the Senate, which Democrats last controlled in 2014.

Democrats say five races are particularly difficult this year. They are spending hundreds of millions of dollars defending them. Losing just one of the seats in West Virginia, Indiana, North Dakota, Montana and Missouri - all won by Trump in 2016 - could doom any shot of retaking the Senate.

“Those five states are clearly the biggest targets for Republicans,” said Geoffrey Skelley, a non-partisan analyst at the University of Virginia Center for Politics. “There’s two ways to look at the Senate map. It’s really bad for Democrats, but the flip side of this is that this is a perfect year for them to be defending it.”

A Republican operative working on Senate races said Democrats seeking re-election in states where Trump remains popular should be worried. "Their national party’s lurch to the left is doing nothing but turning off voters in these states and further damaging their vulnerable incumbents."

While straining to hold all the states Trump won, Democrats are also focused on Arizona and Nevada, which strategists said are crucial pick-ups for the party.

In Arizona, where Republican Jeff Flake is retiring, Republicans are in a three-way nominating contest ahead of voting next Tuesday. On the Democratic side, Kyrsten Sinema leads in polls.

Senator Dean Heller of Nevada is considered the most vulnerable Republican incumbent. Party strategists said his vote to repeal parts of the Affordable Care Act, known as Obamacare, has been a gift in a state with many retirees and where access to healthcare is a major issue.

Democrats need to hold all the states they are defending and win Nevada and Arizona to secure a one-seat Senate majority.

The party and outside groups also have started to pour resources into more long-shot opportunities to gain seats in Tennessee and Texas, Democrats said.

In Tennessee's open race, former Democratic governor Phil Bredesen, a popular moderate, is now in a close race with Republican congresswoman Marsha Blackburn, according to polls.

Internal Democratic polling shows that health care and the Republican tax cuts that some voters view as a giveaway to wealthy Americans and corporations are winning issues for Democrats this November.

"Critical issues, like healthcare, are really important to voters. And Republicans thought the tax cuts would be a winning issue, but it's turned into a loser," said Karen Finney, a Democratic strategist at the Chicago gathering. "We have these big issue trends working in our favour."

DNC chairman Tom Perez made clear that Democrats in Senate battles would highlight the legal troubles around Trump after the conviction this week of Trump's former campaign chairman, Paul Manafort, and the guilty plea by his former personal attorney, Michael Cohen.

Cohen pleaded guilty to federal criminal charges including tax evasion, bank fraud and campaign finance violations. He testified that Trump had directed him to pay hush money to two women who claimed they had affairs with Trump, and the payments were made to influence the 2016 presidential election.

Trump, who has denied the affairs, says he paid Cohen out of personal funds and that the payments were not intended to benefit his campaign but to resolve a personal matter.

“The culture of corruption from this Republican leadership is out of control," Perez told the party's meeting.