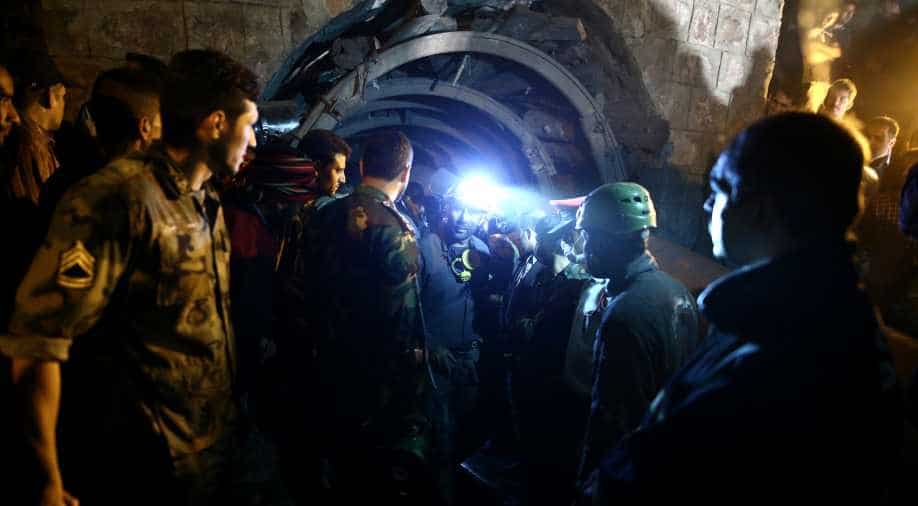 Coal miners and rescue workers gather at a mine in northern Iran following an explosion leaving dozens of miners trapped on May 4, 2017. Photograph:( AFP )

The confirmed death toll in a mining accident in northeastern Iran rose to 35 on Monday after rescue teams found the bodies of another 13 miners, according to a local official.

Sadegali Moqadam, Head of the Emergency Department of Golestan province, where the coal mine is located, told official media that emergency workers found the bodies in tunnel number 2, where the explosion occurred.

The incident happened May 3 at a depth of 1,200 meters when miners were trying to power a locomotive using an external battery.

The first 22 bodies were recovered on the day of the incident, but efforts to find the others, which were deeper underground, took longer due to the concentration of methane gas.

Some 70 people were injured, the majority requiring treatment for burns and inhalation of toxic gas.

The Zemestanyurt coal mine is located near the city of Azadshahr and had a workforce of 500 people.