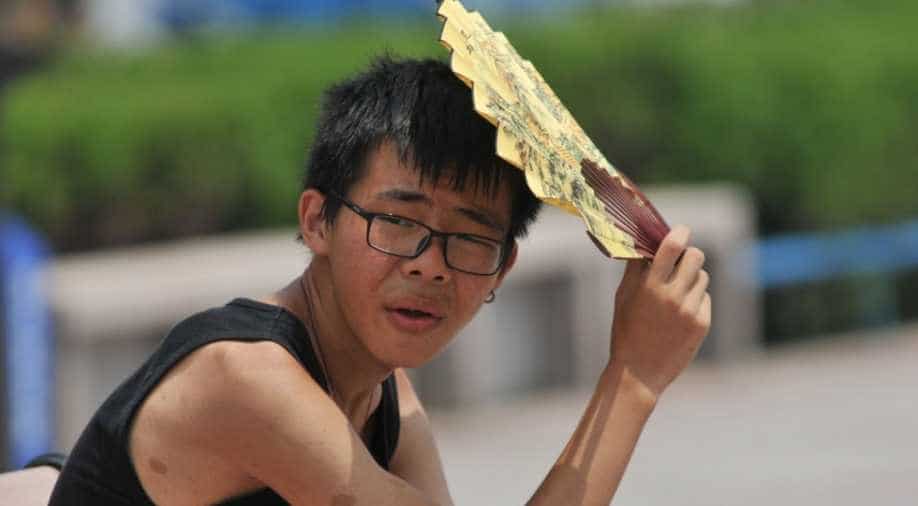 Soaring temperatures combined with high humidity -- made worse by the region's dense irrigation network -- means the China's breadbasket faces "the greatest risk to human life from rising temperatures of any location on Earth," they said in a statement.

Megacities Beijing and Tianjin both fall within the densely populated plain, along with other major urban areas.

But it is tens of millions of farmers working outside that will be most at risk.

Even if humanity manages to slow the pace of global warming, hot spells across the region could, by century's end, exceed the human body's ability to cope, the scientists reported this week in the journal Nature Communications.

"This spot is going to be the hottest spot for deadly heatwaves in the future, especially under climate change," said lead author MIT professor Elfatih Eltahir, who has published similar assessments of the Persian Gulf region and South Asia.

In China, heatwaves have become both more intense and more frequent since 1970, especially in the last 15 years.

But the human body's capacity to withstand extended bouts of heat also depends on how much moisture is in the air.

For perspiration to occur, air at the skin surface must be moister than the ambient air. The larger the difference, the more quickly the body can cool.

"But if the wet bulb temperature exceeds the human body's skin temperature of 35 C, perspiration no longer works as a cooling mechanism," explained Jeremy Pal, a professor at Seaver College of Science and Engineering in Los Angeles who has collaborated with Eltahir in the past but did not take part in the new study.

"The body will quickly overheat, resulting in death."

Experts estimate that a healthy adult may not survive outdoors at "wet bulb" 35 C for more than six hours.

At 55 per&nbspcent relative humidity, for example, it would take a searing air temperature of 44.4 C (112 F) to reach the 35 C wet bulb threshold.

But at 85 per cent humidity, an outdoor temperature of 37.8 C (100 F) is sufficient to surpass the limit of human tolerance.

"When it is both very hot and humid outside, heat in the body cannot be expelled," noted Camilo Mora, a professor at the University of Hawaii who developed a model last year to calculate deadly heat days under different climate change scenarios.

"This creates a condition called 'heat citotoxicity' that is damaging to many organs," he told AFP at the time.

Eltahir and Suchul Kang a researcher at the Center for Environmental Sensing and Modeling in Singapore, used climate models that best matched temperature records over the last three decades to forecast heatwaves.

They looked at two possible futures.

One -- often called the "business-as-usual" scenario -- assumes that climate change will continue unabated, while the other allows that humanity can bend down the curve of greenhouse gas emissions enough to cap warming at about 3 C, compared to mid-19th century levels.

Surprisingly, they found that the North China Plain's irrigation system adds about half a degree Celsius to future warming, under either scenario.

Unless drastic measures are taken to limit the greenhouse gas emissions warming the globe, "the North China Plain is likely to experience deadly heatwaves with wet bulb temperatures exceeding the threshold defining what Chinese farmers may tolerate," he added.

The 196-nation Paris Agreement calls for capping the rise in temperature at 2 C, and 1.5 C if possible.