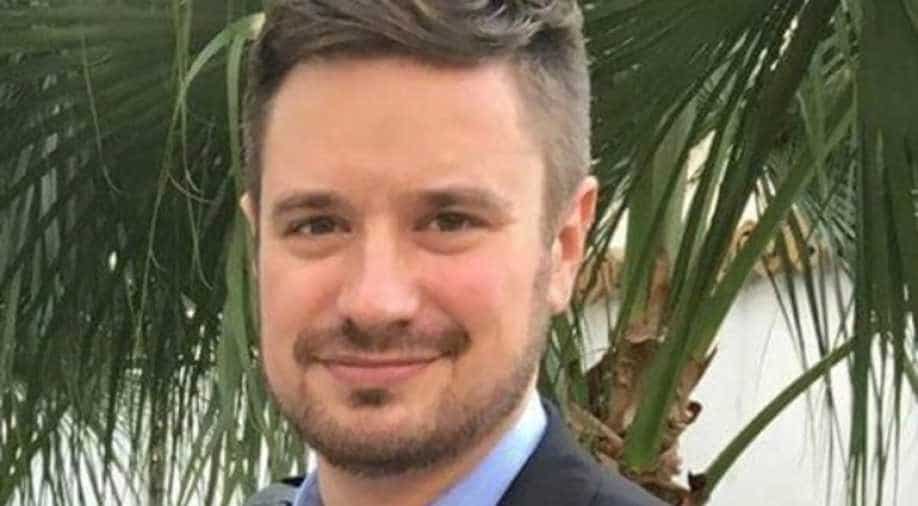 Handout photo of Michael Sharp, an American investigator for the United Nations in this photo taken in Goma, Democratic Republic of the Congo. Photograph:( Reuters )

The trial of more than two dozen people, including a former intelligence agency informant, suspected in the killings of two UN sanctions monitors last year in central Congo resumed on Monday after a 10-month suspension, defence lawyers said.

Zaida Catalan, a Swede, and Michael Sharp, an American, were killed in March 2017 while investigating an armed conflict in Democratic Republic of Congo`s Kasai region between government forces and the local Kamuina Nsapu militia.

Congo`s government has blamed their kidnappings and killings on the militia but some Western governments and rights groups suspect state officials may have been involved as Catalan and Sharp were conducting investigations in an area where the United Nations has accused Congo`s military of war crimes.

Among the 13 defendants appearing in court on Monday in the Kasai city of Kananga were suspected militia leaders Constantin Tshidime Bulabula and Vincent Manga, who were arrested earlier this year, Bulabula`s lawyer Tresor Kabangu told Reuters.

Another dozen defendants are scheduled to appear in court on Tuesday to be identified, Kabangu said, including his client Jose Tshibuabua, who was arrested late last year.

Reuters and Radio France Internationale (RFI) reported in December that Tshibuabua was working as an informant for Congo`s national intelligence agency (ANR) when he helped Sharp and Catalan organise their trip to the town of Bunkonde. Kabangu says Tshibuabua denies any wrongdoing.

According to phone logs in the Congolese prosecutor`s file reviewed by Reuters and RFI, Tshibuabua exchanged dozens of text messages with a local ANR boss in the days before and after Sharp and Catalan were killed.

Congo`s top ANR official, Kalev Mutond, said Tshibuabua had repeatedly assured him during interrogation that he had not informed ANR officials about his contacts with the UN monitors and suggested Tshibuabua was acting on behalf of the militia.

The trial began in June of last year. It was suspended in October pending the arrival of a team of UN experts meant to assist the investigation.

The experts have complained that Congolese security officials are interfering with their work, including by not granting access to key witnesses. Swedish prosecutors working the case also say Congolese authorities have not been cooperative.

Congo denies those accusations and says its justice system is conducting an impartial investigation.

The conflict in previously peaceful Kasai erupted in August 2016 when Congolese forces killed a local chief who had been demanding their withdrawal from the region.

According to a UN report in June, both state forces and the militia committed atrocities that amount to war crimes and crimes against humanity during the year-long conflict, in which up to 5,000 people died.