Clampdown in Xinjiang due to extremist and terrorist crimes, not targeting any ethnic minority: China 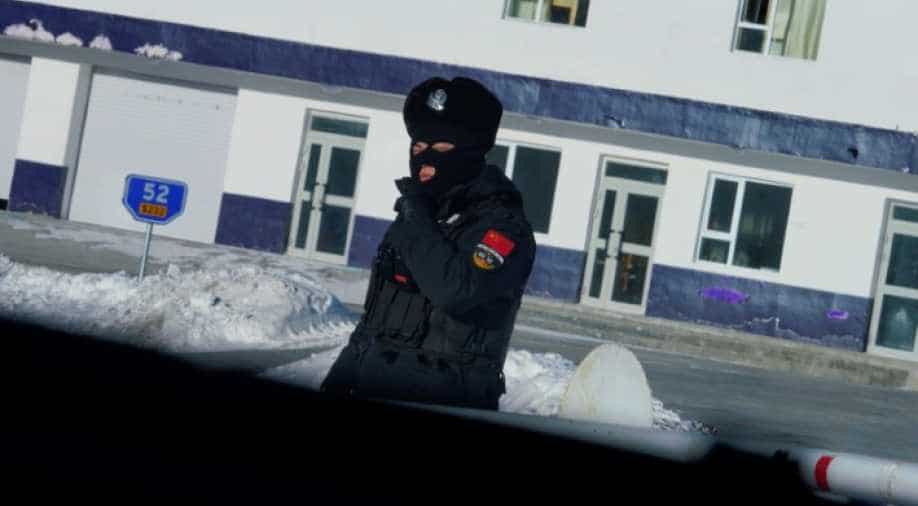 A policeman is seen through a car window at a security checkpoint into Khom village of Altay, Xinjiang Uighur Autonomous Region in China. Photograph:( Reuters )

China today denied a UN report which said over one million Uighurs may have been held in internment camps in the Xinjiang autonomous region.

The Chinese delegation said the clampdown was on "extremist and terrorist crimes" in Xinjiang in accordance with the law.

China does not target "any particular ethnic minority or seek "de-Islamisation" of the far western region, the delegation said at the UN.

"Those deceived by religious extremism ... shall be assisted by resettlement and re-education," it added.

Meanwhile, state-run Chinese newspaper the Global Times said Xinjiang "was salvaged from the verge of massive turmoil and that "it has avoided the fate of becoming "China's Syria"or "China's Libya."

It blamed "forces in the West" for "smearing" China. "Maintaining peace and stability in the region is the core interest of people both in Xinjiang and all of China," it added.

"In the name of combating religious extremism and maintaining social stability (China) has changed the Uighur autonomous region into something that resembles a massive internment camp that is shrouded in secrecy," Gay McDougall, vice-chair of the committee had said earlier.

McDougall added that upwards of one million ethnic Uighurs and other Turkic Muslim minorities are being held in counter-extremism centres and another two million "have been forced" into re-education camps for "political and cultural indoctrination".

However, the state-run Global Times said: "the turnaround in Xinjiang's security situation has avoided a great tragedy and saved countless lives, thanks to powerful Chinese law and the strong ruling power of the Communist Party of China."