China's glass bridge cracks with every step, tourists stuck 3800 ft in the sky 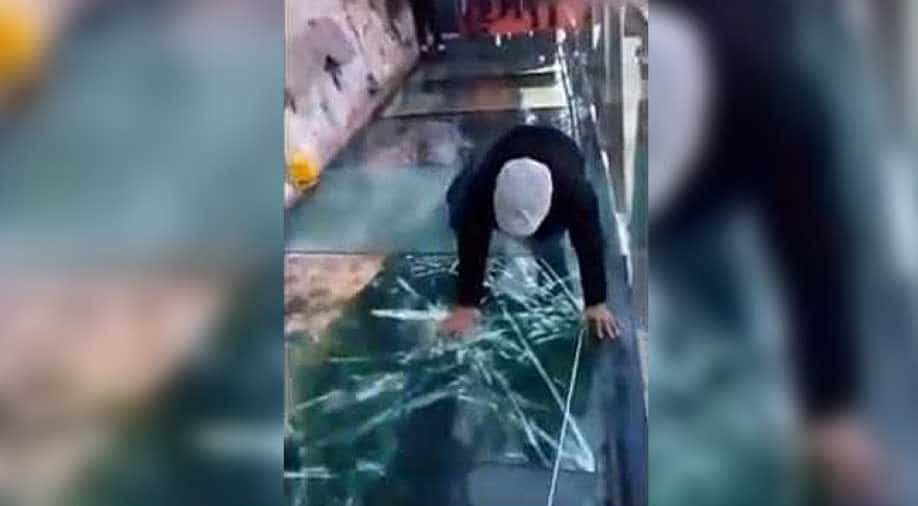 Tourists knelt down on their knees to save their lives when they saw the glass bridge cracking. Photograph:( Twitter )

Located in North China's Hubei province, the glass bridge, known for its height and scare factor is popular among adventure junkies.

But the adrenaline factor on the bridge levelled up with a new feature rather special effects that make the glass panels on the floor look shattered as and when anyone walks. Infrared sensors have been used to detect movement of tourists along with surround sound effect to make the 'cracking' appear more real.

The first day it was implemented, tourists had a near-death experience with all of them on their knees -- trying to make sense of their surroundings and praying for survival.

The special effects have been added to the end of the walkway only and not the entire length of the bridge. The East Taiheng Glasswalk in Hubei is about 872-foot-long and 6.6-foot-wide.

While the netizens feel that this is a very mean joke pulled by the authorities taking care of the bridge, there are also fears concerning the safety of the bridge as recently one glass panel cracked after someone dropped a stainless steel cup on it, according to reports.