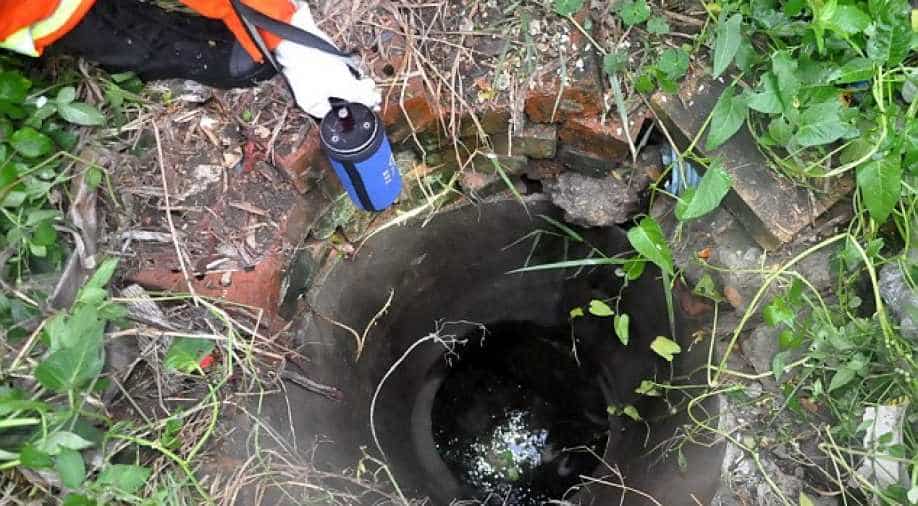 The 30 centimetre-diameter well was too narrow for any adult to climb into, so rescuers dug out the well to try and reach the trapped boy. (Representative image.) Photograph:( Others )

A six-year-old boy, who was battling for his life after falling into a 40-metre deep dry well, was found dead in north China's Hebei province.

The boy fell down the 40-metre-deep well on Sunday morning in Lixian County, Baoding City, while helping his father harvest vegetables.

His father put out a call for help on the social-networking app 'Wechat' and rescuers and the public rushed to the scene to help in any way they could.

Over 500 rescuers and some one hundred excavators were working on digging up the 40-metre deep dry well.

As the 30 centimetre-diameter well was too narrow for any adult to climb into, rescuers dug out the well to try and reach the boy.

The rescue had been hampered by the soft sandy soil, which is prone to collapse. Measures were taken to support the shaft during the excavation.

During the past three days, many members of the public have volunteered to help the rescue by donating food and money. Locals also rushed to the scene to prepare food for the rescue team.

The story is being widely shared and discussed across the Internet, and live broadcasts from the scene are also being streamed.