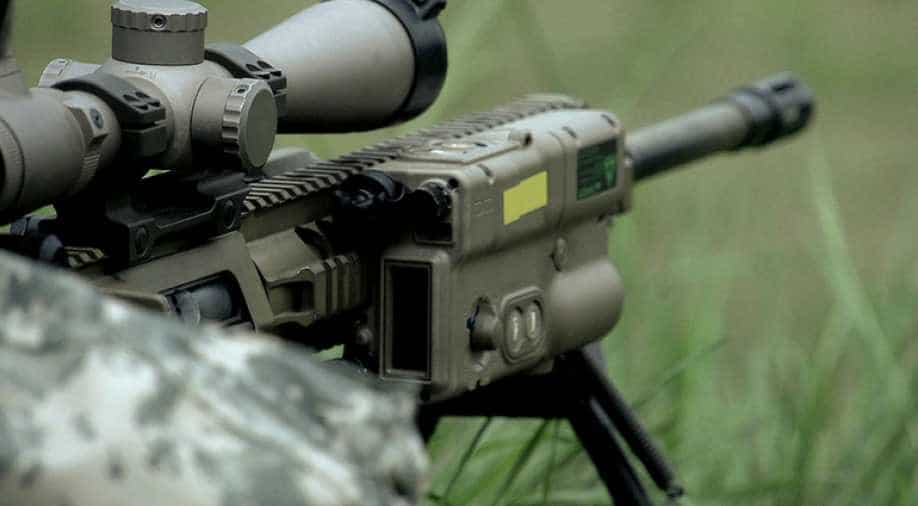 China has developed a new 'laser assault fire ZKZM-500' gun which the country has claimed that it can burn targets in less than a second that too from half a mile away, media reports say.

While quoting researchers involved in the project, an English daily based in Hong Kong reported on Sunday reported that the weapon can burn through clothes if the fabric is flammable. "The whole person can also be set on fire.

According to the reports, the laser assault fire ZKZM-500 has similar look as an AK 47. It weighs three kilos and has a range of 800 metres.

It can also be mounted on vehicles like cars, boats and planes.

The first batch of these rifles will be given to anti-terrorism squad which they can use in hostage situations&nbspmedia reports said.

However, it is ready for mass production.

Reports further say that the fire weapon is so powerful that it can burn through a gas tank and can cause massive damage by igniting fuel storage facility. It would also help in military operations as it makes no sound during firing.

ZKZM-500 can fire 1,000 shots and is powered by a rechargeable lithium battery which is similar to the smartphones we use.