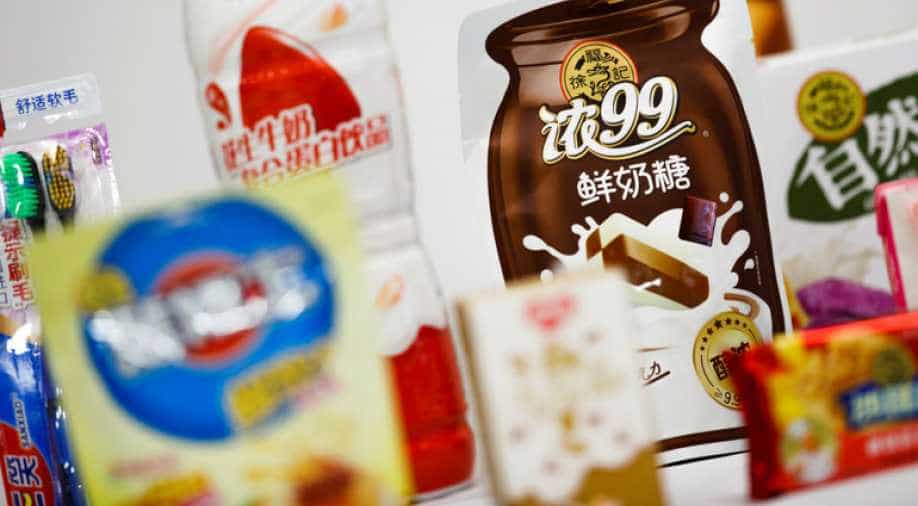 The Chinese economy is displaying further signs of weakness, with data Tuesday showing investment slumped to a record low in the first seven months of the year and retail sales slowed.

Beijing faces a delicate balancing act, aiming to shift its growth driver away from investment and exports and towards personal consumption, while at the same time battling a mountain of debt.

A trade brawl with Washington has added to the difficulties -- the yuan and stock markets have tumbled in recent weeks -- providing relief to exporters but hurting Chinese consumers.

US tariffs on $34 billion worth of Chinese goods, and retaliatory levies from Beijing, came into force in early July, with more tit-for-tat measures due next week.

"The negative impact will be gradual, with the impact on the international economy and the global economy already emerging," Liu said.

Output at factories and workshops expanded 6.0 per cent year-on-year in July, in line with June's reading, according to the NBS but short of the 6.3 per cent forecast in a Bloomberg News survey.

Retail sales, a key gauge of domestic consumption, rose 8.8 per cent in July, down from nine per cent in June, and also missing estimates of 9.1 per cent.

Fixed-asset investment, the lifeblood of China's economy, expanded just 5.5 per cent in January-July, the slowest pace on record.

"We see further downside risks to economic activity in the coming months given that credit growth is still slowing," said Julian Evans-Pritchard of Capital Economics.

Last month China's cabinet indicated it would step up its support for the economy and officials have said approval of infrastructure projects will quicken in the second half of the year.

But the International Monetary Fund has suggested Beijing should resist another round of aggressive stimulus to boost growth, citing concerns the measures would exacerbate already excessive debt levels.

Evans-Pritchard forecast Beijing's moves could take months to kick in.

China's economic growth slowed in the second quarter to 6.7 per cent, from 6.8 per cent in the first quarter.

"The Chinese economy will get worse before getting better, and it takes several months to turn around," said Ting Lu, chief China economist at Nomura investment bank.

"Beijing will step up credit easing and fiscal measures to deliver a recovery and prevent financial troubles such as a rise of bond defaults," Lu wrote in the research note.