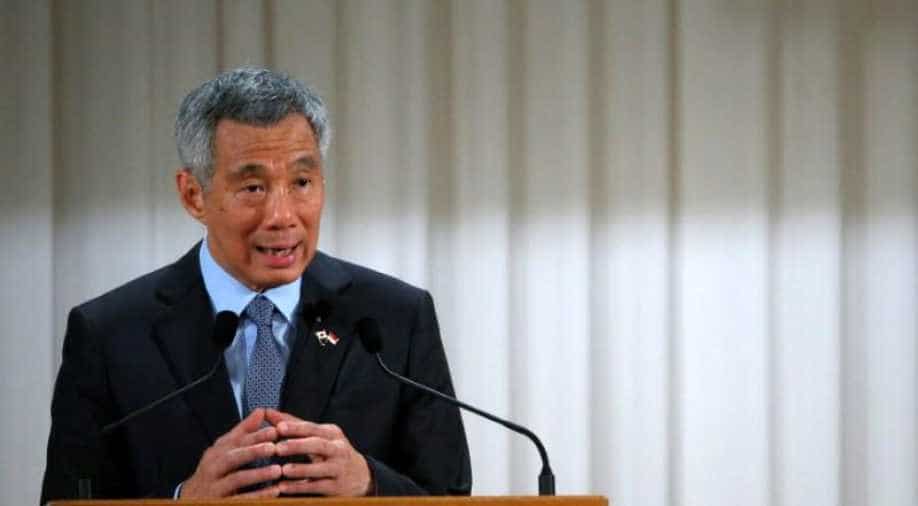 Singapore's prime minister&nbspLee Hsien Loong said on Thursday he hoped to complete by the end of the year a massive China-backed regional trade pact that has taken centre stage as Washington embarks on a unilateral, protectionist agenda.

The 16-nation Regional Comprehensive Economic Partnership (RCEP) is poised to become the largest free-trade agreement in the world, covering about half of its population.

It notably excludes the United States, which had been leading another regional trade pact -- the Trans-Pacific Partnership (TPP) -- until US President Donald Trump abruptly abandoned it last year.

Singapore Prime Minister Lee Hsien Loong said Southeast Asian countries were "redoubling their efforts to conclude the RCEP... by the end of the year".

The planned RCEP pact would group the 10 members of the Association of Southeast Asian Nations (ASEAN) plus China, India, Japan, South Korea, Australia and New Zealand.

In his comments, which came at the start of a meeting of ASEAN foreign ministers in Singapore, Lee also warned about escalating global trade tensions.

"The rules-based multilateral trading system, which has underpinned ASEAN's growth and prosperity, is under pressure," he warned.

"It is important that ASEAN continues to support the multilateral trading system."

His remarks came soon after the US escalated a trade row with China Wednesday by saying it was considering more than doubling threatened tariffs on a range of Chinese imports worth $200 billion.

The US has already imposed 25 per cent tariffs on $34 billion in Chinese goods, with another $16 billion to be targeted in coming weeks.

The RCEP has gained attention since the US pulled out of the TPP, which was billed as the world's biggest trade pact when it was signed in February 2016 following years of negotiations.

Under then-US President Barack Obama it was sold to American allies as a unique opportunity to seize the initiative on worldwide trade -- and ensure China does not get to dictate global terms of commerce.

The 11 remaining TPP nations signed a slimmed down version of the agreement in March.

But Beijing is now keen to use Washington's rejection of that pact to build enthusiasm for its own deal and increase influence in the region.