'Chef of the century', Joel Robuchon, dies at 73 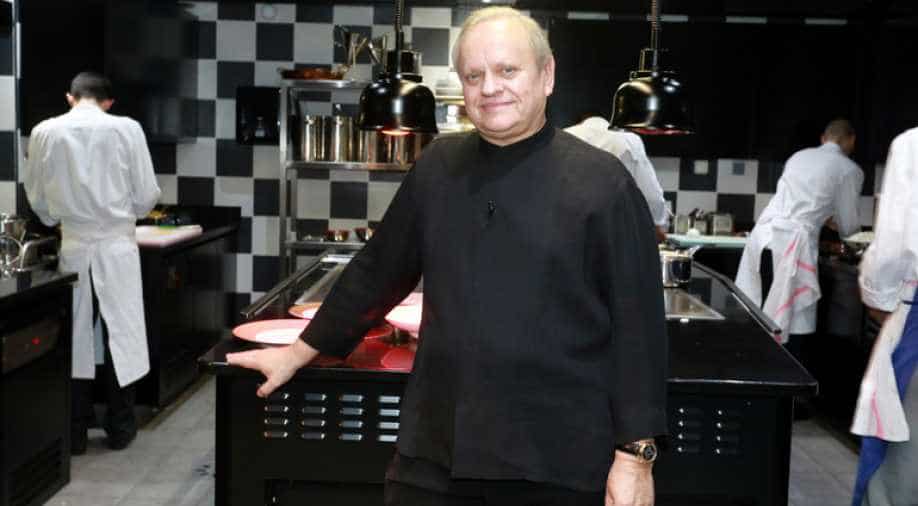 Joel Robuchon, the world's most-starred Michelin chef who tore down kitchen walls to give diners new insights into the art of haute cuisine, has died at 73, a French government spokesman said Monday.

Robuchon, who was hailed as one of four "chefs of the century" by the Gault & Millau industry bible in 1990, founded a string of restaurants that revolutionised fine dining across three continents, ratcheting up a record 31 Michelin stars.

From Tokyo to Paris and Macau, foodies queue up for seats in his L'Atelier restaurants, where they can watch chefs in action, perched on high stools at a U-shaped bar.

According to Le Figaro newspaper, he died of cancer in the Swiss city of Geneva.

His death was confirmed by government spokesman Benjamin Griveaux in a tweet.

"Joel Robuchon, a visionary chef who was the most starred in the world, leaves us today.

"From Paris to Shanghai, his savoir-faire was an art form that made French gastronomy shine and continues to inspire the next generation of chefs," Griveaux wrote.

"One of the unrivalled masters of world gastronomy has left us," Anne-Sophie Pic, France's only female chef with three stars, tweeted.

Born in 1945 in the central city of Poitiers to a bricklayer father and stay-at-home mother, his first vocation was the priesthood.

But while cooking alongside nuns for other seminarians he discovered a passion for food and at 15 entered the restaurant trade.

A perfectionist from the start, he quickly earned a name for himself in the rarefied world of nouvelle cuisine and by the age of 30 was running a 90-strong kitchen at the Concorde Lafayette hotel in Paris.

The accolades -- and Michelin stars -- came thick and fast, but by the age of 51 he had worked himself to the bone.

Declaring he did not want to die of the stress of turning out flawless fare day after day, the father of two announced his retirement in 1996.

"I will watch my children and my grandchildren grow up, I will love my wife, my friends and the good things in life," he told Le Figaro.

From there it was a short hop to the television studios where Robuchon spent the next few years hosting a popular daily food show that aimed to demystify haute cuisine for the masses.

But by 2003 he was back in the kitchen with the Atelier concept, which he debuted in Paris and Tokyo and later took to London, Las Vegas and New York, among other cities.

Inspired by Japanese sushi counters -- Robuchon nurtured a lifelong fascination with Japan -- and Spanish tapas bars, he intended the restaurants to be more relaxed and accessible than traditional three-star eateries.

"Times have changed, consumers are looking for cuisine that is less sophisticated, a place with ambiance where you eat well," he said.

Among his disciples were British star chef Gordon Ramsay.

Like Ramsay, he was known to have a short fuse and to be very demanding with his apprentices.

In an interview with Paris Match in 2009 he admitted to having battled an "uncompromising" nature.