'Cheap and easy': This $1 coronavirus test can revolutionise testing 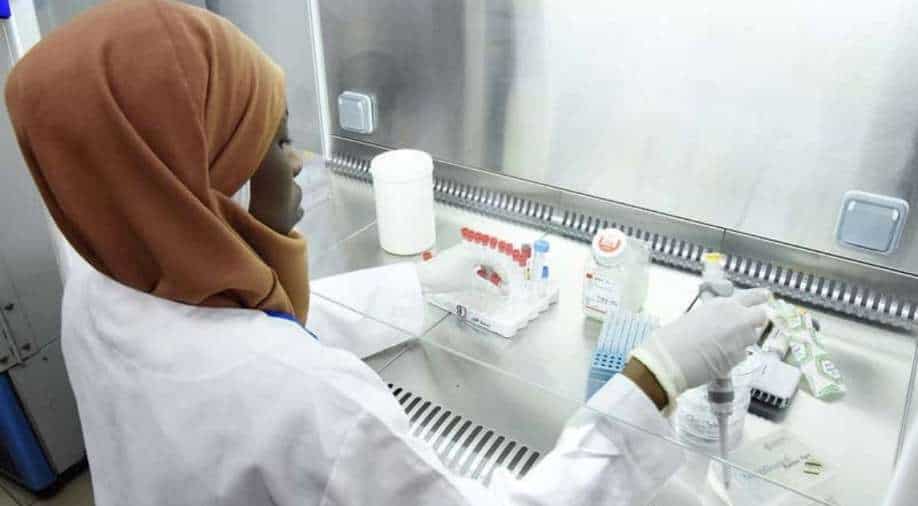 A scientist at the Pasteur Institute in Senegal testing the coronavirus kit Photograph:( AFP )

An extremely cheap and easy coronavirus test worth just $1 and takes merely 10 minutes to deliver the result is all set to revolutionise testing.

The test, produced in the Republic of Senegal, a country located in West Africa by the Pasteur Institute, a biomedical exploration community.

"This is a very simple technology, like a pregnancy test that you can use everywhere at the community level, which is important for Africa," said Amadou Sall, director of the Pasteur Institute.

All things considered, it comprises of a basic test strip housed in a plastic unit and utilizations a little blood test gathered by pricking a finger, much like instruments used to test the insulin. The blood is tried for Covid related antibodies, and the outcome appears on the test strip.

A model of the unit was tried in June subsequent to raising assets from benefactors, for example, UK non-benefit Wellcome Trust and the UK government, Sall said. When administrative checks are finished, the arrangement is to begin producing and appropriating the units.

The Covid-19 quick test packs will initially be accessible on the landmass through governments and wellbeing associations like the Africa Centers for Disease Control and Prevention (Africa CDC), Sall said.

"In a perfect world, we're taking a shot at how we can make (the packs) accessible to the more overall population. In any case, at the present time, the attention is on general wellbeing and afterward, we will move into self-testing," he added.

There are more than 1.8 million affirmed instances of Covid-19 over the African landmass as of this composition, as per the Africa CDC, with almost 50 per cent of those cases revealed in South Africa.

The landmass' case numbers are generally low when contrasted with the remainder of the world, however, specialists state that low testing in numerous African nations imply that a few cases go unreported and untreated.

Dr. Anderson Latt, a disease transmission specialist with the World Health Organization, said that one of the difficulties of tending to the infection on the landmass is a lack of test packs.

PCR tests, considered the most precise demonstrative test for Covid-19, are costly to run and require both particular supplies and lab professionals. Toward the start of the episode, just two research facilities - in South Africa and Senegal - had the option to test for the infection.

As per the WHO, every one of the 47 nations in its WHO African Region would now be able to give analyse. In any case, in numerous spots, testing actually slacks.

Nigeria, Africa's most crowded nation, has been bringing in its PCR test packs from China however can't get the sum it needs.

The nation as of late reported an arrangement to build up a less expensive fast test unit that will give results in less than 40 minutes, and cost under $25.

"There is a requirement for nations to cooperate in a planned way and guarantee those test units are accessible," Latt said. "It's truly basic."

The test packs being created by the Pasteur Institute in Dakar, he added, are a welcome option.

This isn't the first run through the Pasteur Institute has been at the bleeding edge of giving general wellbeing arrangements notwithstanding a pandemic.

It has been producing immunizations for around 80 years, said Sall, and offered indicative and epidemiological reconnaissance during the Ebola episode in West Africa from 2013 to 2016.

Sall, who is likewise the head of the WHO Collaborating Center for Arboviruses and Viral Hemorrhagic Fevers in Senegal, accepts the presence of the quick Covid-19 test units that will help support the economy.

"In the event that you are confronting a circumstance where individuals can't work since they are wiped out ... it's exceptionally troublesome for the economy. What's more, in such manner, putting resources into those activities (testing units) to advance access is an approach to prop the economy up," he said.