'Catch 'em all' as Pikachus, Eevees take over streets of Yokohama 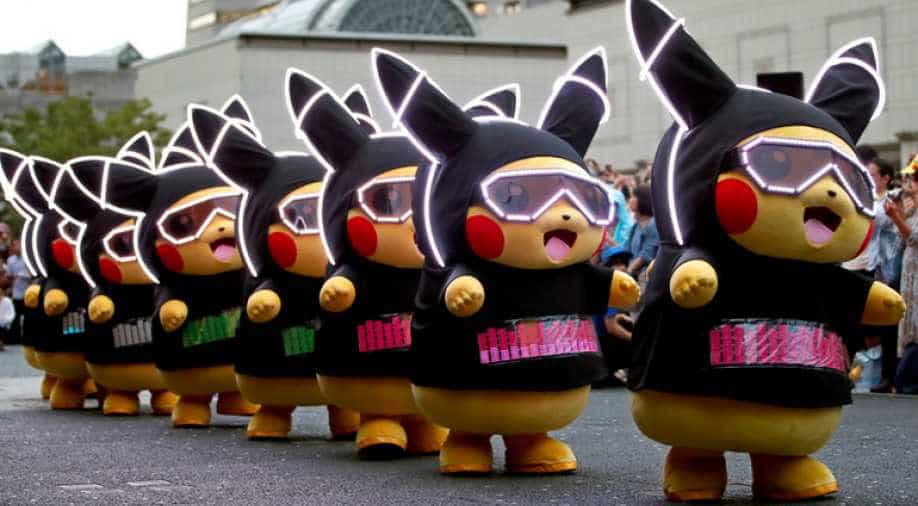 The scenic bayside area of the Minato Mirai harbor district came alive Monday with thousands of swaying Eevees and Pikachus locking steps and having the time of their lives.

Cute screeches of "Pika-Pika" abounded as the most popular kids' pocket monster from the eponymous Nintendo video game series, took over the streets of Minato Mirai to the delight of onlookers.

"There's going to be another Pikachu Outbreak this year in the Yokohama Minato Mirai area! There are even rumors of a first-ever Eevee Outbreak!," an official statement said.

The city would be hosting for the fifth time in a row the "Pikachu Outbreak!", an annual parade that this year is themed around "Science is Amazing."

ok woohyun’s musical is near minato mirai (yokohama) so around this time in summer, there is pikachu parade event so i got to see a glimpse of pikachu ? actually theres more coming but i have to go~ ? pic.twitter.com/395KPXqOxS

The events include the Pikachu and the Eevee - a Pokemon species in Nintendo and Game Freak's Pokémon franchise - parades and Pokemon Synchronicity, a 30-minute show featuring a ship parade with a lot of Pikachu against a background of images floating on the sea, an official statement said.

The "Pikachu Outbreak" starts today in Yokohama where 1,500 individual Pikachu will dance and parade into the streets! It's FREE, it's FUN and it's a perfect day trip from Tokyo. If you're a #Pokemon fan you can't miss this!!! https://t.co/RDLzG4obrS pic.twitter.com/QsMDpmz7pN

Due to searing hot temperatures of around 38 degrees Celsius (100 degrees Fahrenheit) as Japan endures a heatwave, some of the day-time shows were canceled and the show organizers released an advisory advising spectators to guard against the heat by "bringing your own fans and towels and hydrating frequently when participating in the event." The event opened on Friday and was due to close on August 16.