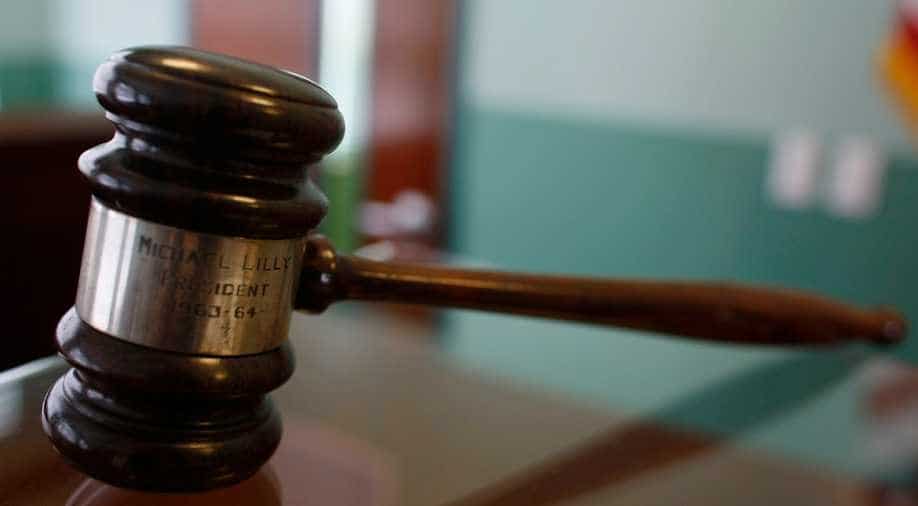 The Canadian Judicial Council will now consider whether to recommend Camp's ouster to Canadian Justice Minister Jody Wilson-Raybould, who in turn would then decide whether to ask Parliament to vote to remove Camp from the bench. (Representative image Photograph:( Getty )

A five-member Canadian panel on Wednesday said that the judge, who asked a rape complainant why she could not "just keep your knees together", had committed misconduct during the rape trial in 2014 and urged his removal from the bench.

Alberta Justice Robin Camp relied on "discredited myths and stereotypes about women and victim-blaming," the inquiry committee established by the Canadian Judicial Council said in its unanimous recommendation.

Camp's comments were made in the trial of a man accused of raping a 19-year-old woman over a bathroom sink during a house party.

"Why didn't you just sink your bottom into the basin so he couldn't penetrate you?" Camp had asked the women.

He also repeatedly called the woman "the accused," and told her that "sex and pain sometimes go together."

The full council will now consider whether to recommend Camp's ouster to Canadian Justice Minister Jody Wilson-Raybould, who in turn would then decide whether to ask Parliament to vote to remove Camp from the bench, news agency Reuters reported

"There's no talk of real force here," Camp had reasoned the man's acquittal. "There's no talk of fear. That doesn't mean that there's consent. It just means that the accused hasn't explained why she allowed the sex to happen if she didn't want it."

Camp's conduct "was so manifestly and profoundly destructive of the concept of the impartiality, integrity and independence of the judicial role that public confidence is sufficiently undermined to render the Judge incapable of executing the judicial office," the committee said in its report, reported Reuters.

The acquittal was overturned by Alberta's Court of Appeal and a new trial was ordered.

Alberta's Court of Appeal overturned the acquittal, saying the judge's conduct and reasons for judgement disclosed errors of law, and ordered a new trial.

A complaint was filed by four law professors and Alberta's attorney-general last year regarding Camp's conduct.

Camp had apologised following outrage over his comments. He said he realised that his statements "caused deep and significant pain to many people." He also said he would attend gender-sensitive counselling and asked to remain in his position.

Camp can make written submissions before a formal recommendation is made by the council to Wilson-Raybould.

The judicial council has only ever recommended removing two judges since its creation in 1971. Both those judges resigned before the recommendations made it to Canada's Parliament, Reuters reported.