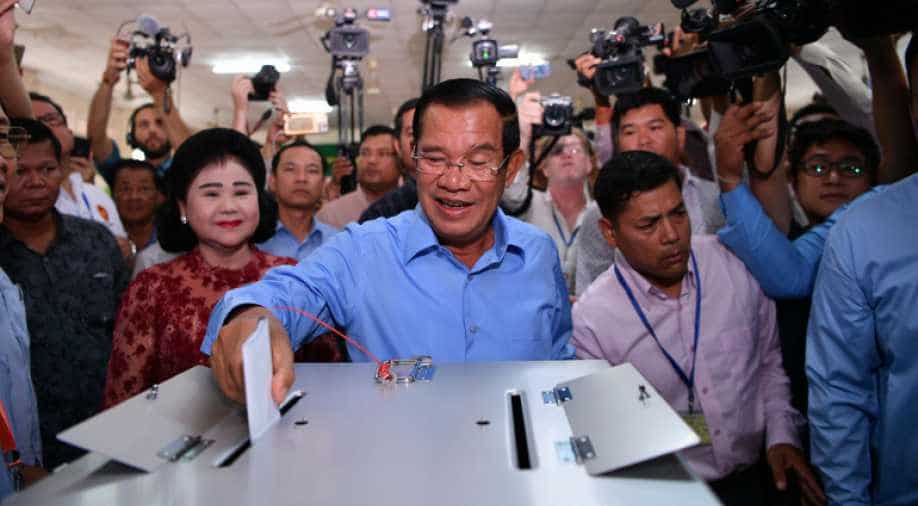 Cambodia's ruling party has won all seats in parliament, an election committee official said Wednesday, two weeks after a flawed poll held without an opposition.

The result officially cements the Southeast Asian country's status as a one-party state and extends Hun Sen's 33-year rule, but his new government could face questions of legitimacy.

The July 29 election took place without his main political rival, the Cambodia National Rescue Party, after it was dissolved in a sweeping crackdown on dissent last year.

But undermining the victory are lingering allegations of voter intimidation and 600,000 spoiled ballots that emerged in the initial count amid calls from the opposition for a boycott.

Western governments have condemned the poll as not credible, and the White House said it would consider extending sanctions against members of Hun Sen's inner circle.

Nineteen other political parties took part but many are new and obscure and posed no threat to Hun Sen.

The 66-year-old premier was first installed as leader in 1985 at the age of 32 and has held onto power through a complex mix of patronage and family networks in the police and army.