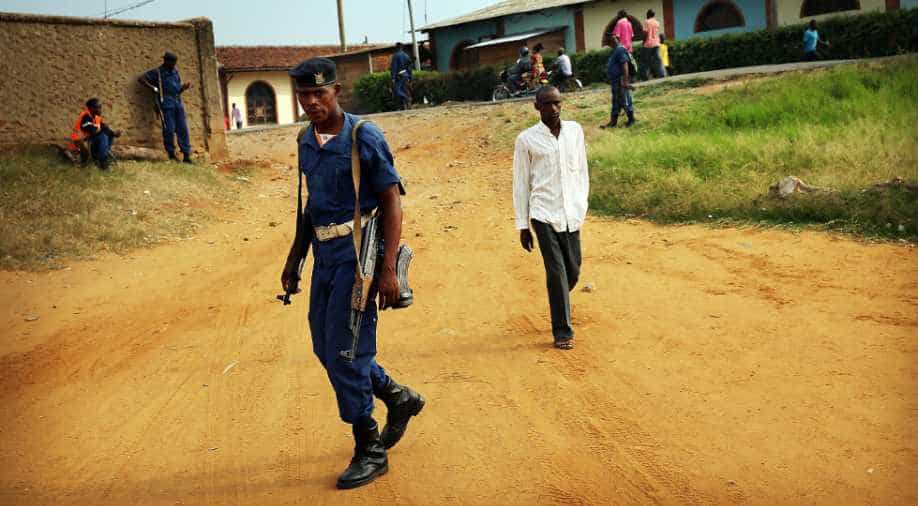 At least 500 people have been killed and 300,000 have fled the country since unrest began in April 2015.(In photo) A Burundian police officer outside a polling station during parliamentary and local elections on June 29, 2015 in Bujumbur. Photograph:( Getty )

Burundi's environment minister was shot dead in the capital Bujumbura early Sunday, police said, the first assassination of its kind since the country was plunged into political turmoil in 2015.

Emmanuel Niyonkuru, 54, the country's water, environment and planning minister, was killed shortly after midnight, according to a tweet sent by police spokesman Pierre Nkurikiye.

The murder, the first of a serving government minister since Burundi sank into turmoil over President Pierre Nkurunziza's controversial bid for a third term in 2015, comes after months of relative calm.

"Minister of water and environment killed by a criminal with a gun on his way home to Rohero, around 00:45," Nkurikiye wrote four hours after the incident.

He added that a woman had been arrested following the "assassination".

Also on Twitter, Nkurunziza offered his condolences "to the family and all Burundians" vowing the crime would be punished.