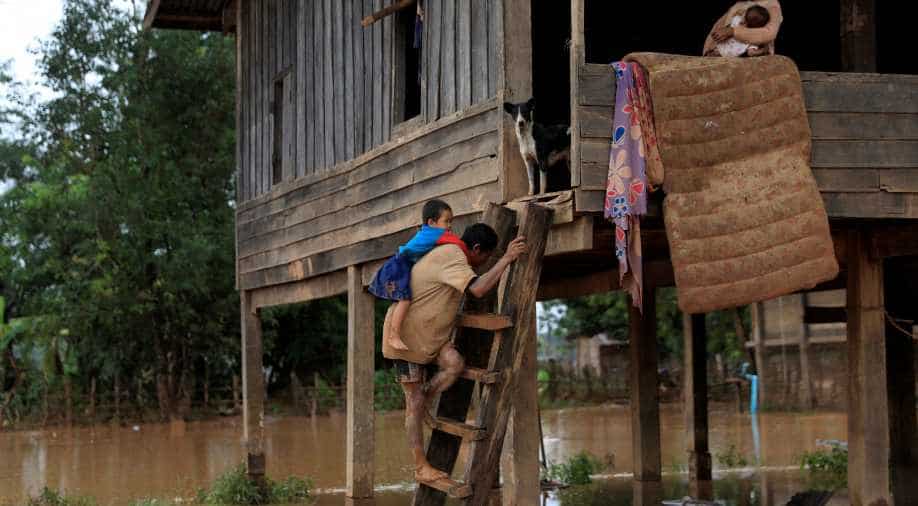 Floods from the Laos dam that burst last week have traveled through thousands of hectares of paddy fields in Vietnam's rice-growing Mekong Delta region, although, damage has been limited.

The rushing waters from the partially constructed hydropower dam in Attapeu Province have so far killed 27 and stranding more than 3,000 people.

The Mekong Delta is the largest rice-growing area in Vietnam, which is the world's third-largest rice exporter after India and Thailand.

The water level in the Mekong Delta region has risen by 7-10 centimetres (3-4 inches) since the dam burst, Dinh said.

"The flood water is hampering the ongoing harvest of the summer-autumn rice crop in some areas, especially in Dong Thap, Long An and An Giang provinces," Tran Xuan Dinh, deputy head of the Department of Crop Production under Vietnam's Ministry of Agriculture and Rural Development, told Reuters.

Farmers in the delta provinces have planted more than 1.69 million hectares of rice for the summer-autumn crop, with unhusked paddy output estimated at 9.51 million tonnes, an increase of 3 per cent in terms of output from a year ago, according to the Ministry of Agriculture and Rural Development.

More than 6,000 people were effectively left homeless when the dam waters surged downstream wiping out several villages and washing away homes and buildings.

Another 2,200 are stranded on land surrounded by water, and unable to reach shelter. The Lao army has used helicopters to drop regular supplies of food and water.

Many of those stranded are waiting till the flood waters recede enough for them to reach drier areas.

But emergency authorities say as many as 1,000 more people are missing — possibly alive but stranded in forest areas where helicopter crews can't see them. They say it could be another 2-3 weeks before they can be found or rescued.