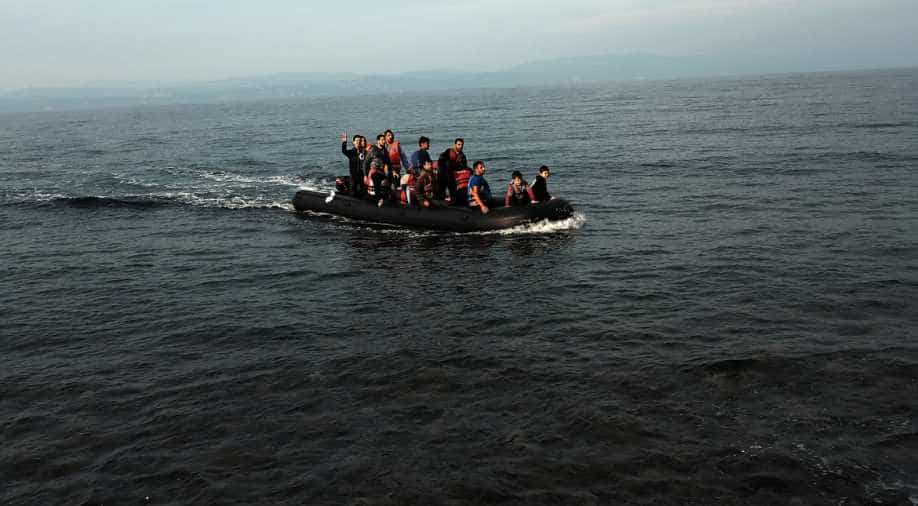 Representative image: A raft arrives onto the island of Lesbos on October 16, 2015 in Sikaminias, Greece. Photograph:( Reuters )

The lifeless body of a six- to seven-year-old boy believed to be a migrant trying to get to Europe has washed up on a southern Spanish beach, authorities said Sunday.

In a grim reminder of the discovery of Aylan Kurdi, the three-year-old Syrian boy found drowned on a Turkish beach in 2015, the body was found Friday in the municipality of Barbate on Spain's southern tip.

A spokesman for the Madrid government based in Cadiz province, where Barbate is located, told AFP the boy was believed to be six to seven years old.

"The hypothesis is that he was a migrant," he said, adding that the bodies of other people believed to be migrants travelling from north Africa had washed up on the coast further east more than two weeks ago.

Authorities are investigating "to see if there is any kind of link," he said.

The September 15 picture of Aylan's tiny lifeless body sent shockwaves around the world, becoming one of the most searing images of the migrant crisis.

While the focus has often been on the migrants and refugees heading to Europe via Turkey, Greece and Italy, a smaller number also head for Spain.

The country has two enclaves in north Africa -- Ceuta and Melilla -- surrounded by high barriers that are regularly stormed by migrants.

Others, most of them from sub-Saharan Africa, take to rickety boats to try to cross the narrow stretch of sea between Spain's southern tip and Morocco.

According to the International Organization for Migration, 13,246 migrants arrived in Spain last year, more than 8,100 of whom came by sea.