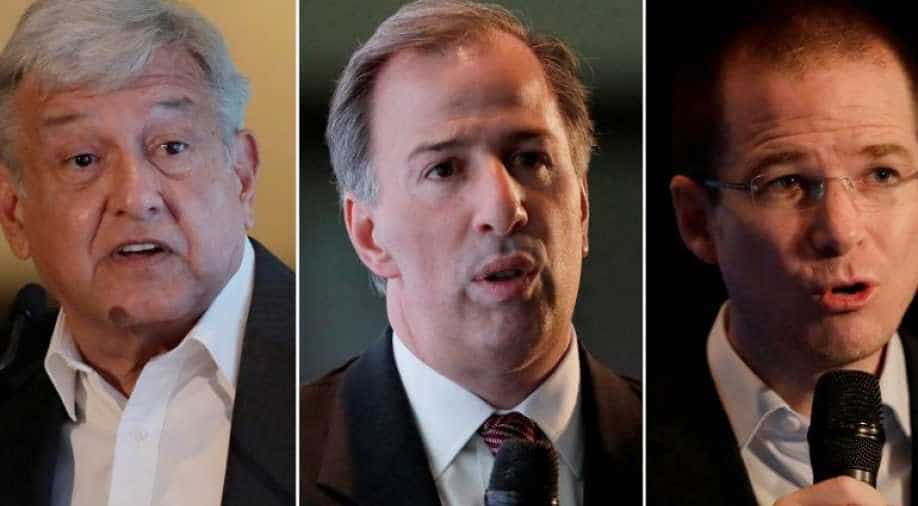 As Mexicans go to the polls on Sunday, the country will reach the end of the bloodiest election process in its entire history.

Mexico's campaign season for state and city races has been especially tough and deadly. More than 130 candidates were murdered in the nine months leading up to the election.

As Mexico's war on drugs unfolds, criminal organizations resorted to activities such as kidnapping and extortion to keep their profits, it's perhaps no surprise that lawmakers who promise the public the change they crave become targets.

It has left politicians treading a fine line between appealing to the electorate and appeasing the cartels.

"The narco has become a very powerful force in Mexico, partly because the government has not known how to control them. In becoming powerful, they have imposed themselves upon local leaders, forcing them to ignore their activities for fear of worsening violence," said Gonzalo Manrique, an electoral analyst.

Political murders weren't always commonplace in Mexico. But during 1994's electoral race, the country witnessed a new low when Luis Donaldo Colosio, a bright and dynamic hopeful for president, was shot and killed by a masked gunman in Tijuana, the country's largest border city.

As the murdered candidate's driver, Othon Cortez was accused of involvement in the assassination. He was later acquitted, and today campaigns against political violence.

"As Colosio said, the Mexican people hunger and thirst for justice, but we have never truly seen it. Since Colosio's murder, many more politicians have been murdered, and the impunity that surrounds this practice has stopped any meaningful change to our political system," said Cortez.

Jose Luis Perez was Baja California State's civil rights attorney who handled the Colosio murder case and remains an active voice against the corruption he blames for the violence.

"It will be very difficult to break the current levels of complicity between the authorities and organized crime. It will require a strong government, that also has the support of the people. The most important thing will be to pursue the politicians that have allowed this to occur. From that point, things can improve," said Jose Luis Perez.

Most polls indicate Andres Manuel Lopez Obrador will win Sunday's vote. Many observers expect a landslide victory for the man known by his initials, AMLO.

Lopez Obrador promises to govern for all Mexicans. He says he'll work to spur regional economic development. His top priority is fighting corruption in the highest echelons of power.

Most political analysts in Mexico, including Jorge Javier Romero, believe voters will give Lopez Obrador that mandate.

"The election has the characteristics of an electoral cataclysm. That's when a new force emerges that changes all the balance that existed previously," said Jorge Javier Romero, a political analyst.

Officials at Mexico's National Electoral Institute said the results of the election will be known Sunday night.