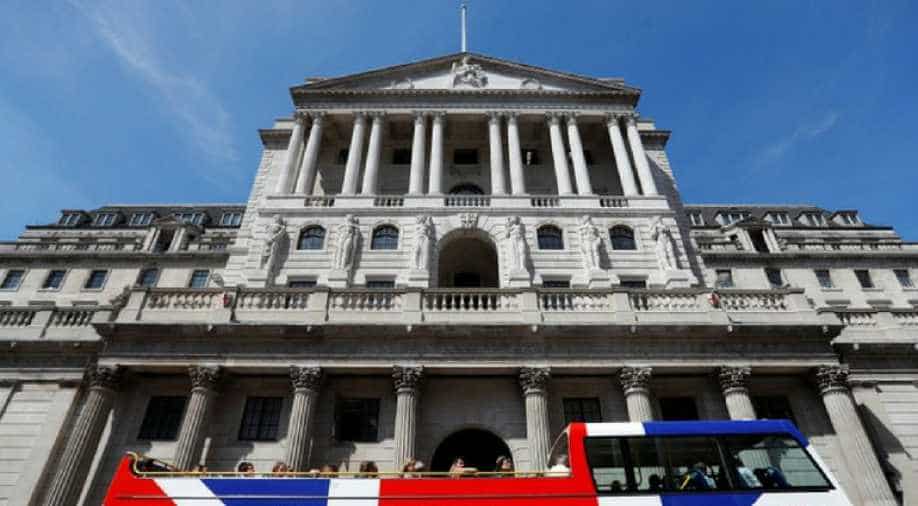 The Bank of England looks set to raise interest rates on Thursday to their highest level since the financial crisis almost a decade ago, defying warnings that it is taking a gamble ahead of Brexit, the terms of which remain unclear.

The world's fifth-biggest economy has slowed since the referendum decision in June 2016 to leave the European Union.

And with less than eight months until it leaves the bloc, London and Brussels -- as well as key members of Prime Minister Theresa May's Conservative Party -- remain far apart on what the future trading relationship should look like.

But BoE Governor Mark Carney says that even if Britain's economy is growing only modestly, it risks overheating unless borrowing costs rise from their crisis-era emergency lows, something the central bank began in November with its first rate hike in more than 10 years.

All bets on where BoE rates are headed will be off, however, if Britain fails to get a Brexit deal, Carney has said.

Several economists have challenged the need for a rate hike now, given not only the Brexit risks but also the potential damper on global growth from US&nbspPresident Donald Trump's tariffs on imports, and counter-moves by other countries.

Wage growth -- the main domestic driver of inflation -- has been slow to pick up, too.

"We continue to view even the tentative tightening embarked on since late 2017 as an unnecessary risk, and see several reasons why a hike is not justified at this point in time," John Wraith, a strategist with UBS, told clients in a note.

Nevertheless, investors have put almost a 90 per cent chance on a hike in Bank Rate to 0.75 per cent from 0.50 per cent on Thursday, according to market prices.

The BoE has struggled before to follow through on its signals about when it might raise rates. It had looked set to move in May before Carney stepped in to steer markets towards no change in policy.

This time there has been no last-minute change of message. Instead, the BoE has said it is now convinced that an early 2018 slump in the economy was a one-off caused by extreme winter conditions.

And with unemployment at its lowest rate in more than 40 years, it thinks pay increases will continue to pick up, creating inflation pressure.

A survey published by the British Chambers of Commerce on Thursday showed half of the British firms planned to increase pay by more than 2 per cent over the next year, echoing other signs of a slow improvement in pay growth.

With expectations of a rate hike almost entirely priced into the market, investors are mostly focused on what message the Monetary Policy Committee sends on Thursday about its intentions for further increases in borrowing costs.

Economists polled by Reuters mostly expect a 7-2 vote by the MPC in favour of a rate hike on Thursday. A bigger or smaller majority for an increase could be seen as a sign that the committee is more or less likely to move again soon on rates.

Similarly, the BoE's new inflation forecasts will be watched as a sign of whether it thinks investors are being too relaxed by betting on no follow-up rate hike until late 2019 and only one more almost at the end of its three-year forecast period.

In May, the BoE said inflation in two years' time would fall to its 2 per cent target based on expectations in the markets of three 25 basis-point rate hikes over just over two years.

Since then, the worries about Brexit and a global trade war have prompted investors to cut their bets on future BoE hikes.

BoE-watchers will also keep a close eye on a new estimate by the central bank of what it considers the neutral interest rate for Britain's economy which could act as a guide to how far its future rate rises are likely to go.

The BoE is due to announce its interest-rate decision at 1100 GMT, and Carney will chair a news conference at 1130 GMT.