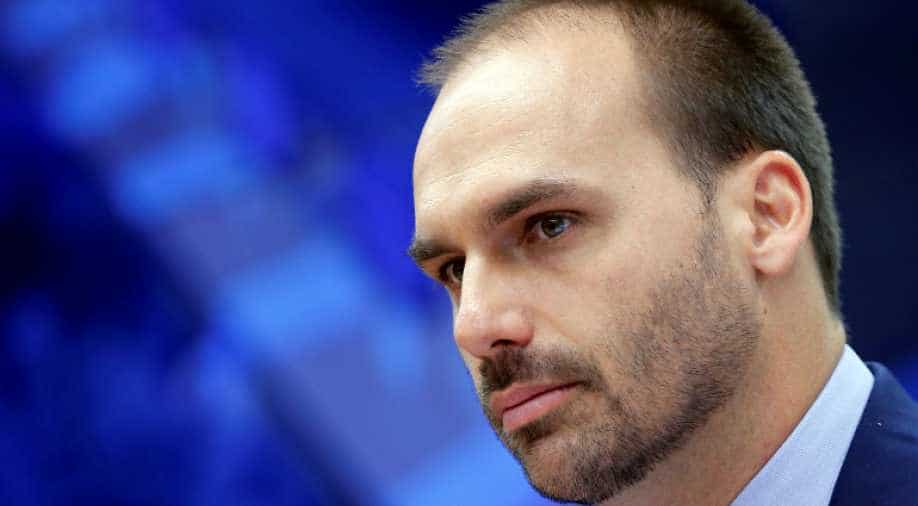 President Jair Bolsonaro's lawmaker son said that he had contracted the coronavirus. He turns out to be the third member of Brazil's delegation to the UN General Assembly in New York to test positive.

Eduardo Bolsonaro on Twitter said that he was feeling well and had "started to treat myself" without specifying what he was using.

He cited his infection as evidence in his campaign against the coronavirus vaccine passport recently introduced in some Brazilian cities.

"We know that the vaccines were developed faster than is usually the case. I received the first dose of the Pfizer vaccine and I got Covid," he said.

"Does this mean the vaccine is useless? No. But I believe it is another argument against the health passport."

Meanwhile, Brazil’s health minister Marcelo Queiroga has tested positive for COVID-19 after attending the UN General Assembly in New York with President Jair Bolsonaro, according to an official statement.

The Brazilian government said on Tuesday that Queiroga, who had received a COVID-19 vaccine, was the second member of Bolsonaro’s entourage to test positive for the virus since arriving in New York for the 76th session of the UNGA.

“The other members of the delegation have been tested and are negative," said the official Brazilian government press release.

President Bolsonaro, who has survived Covid-19, appeared without a mask on several occasions during his UN trip despite refusing to get the vaccine.