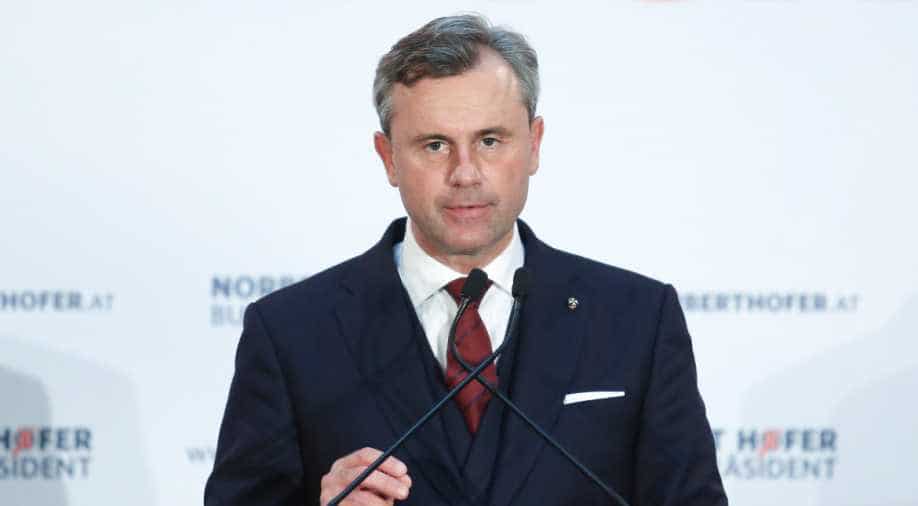 The Austrian vote is being held on the same day as a high-stakes referendum in Italy, which could bring about the resignation of its prime minister and renew chaos in a bloc already weakened by Britain's shock vote in June to quit the EU.? Photograph:( Getty )

Greens-backed independent Alexander Van der Bellen, 72, swept 53.6 per cent of the votes, while his rival of the anti-immigration Freedom Party (FPOe) received 46.4 per cent, projections showed.

The official result of the marathon presidential election, which lasted nearly a year, is not expected before Monday, but the party conceded defeat within minutes of the poll projections being released, shortly after voting ended.

The outcome deals a crushing blow to Hofer who already narrowly lost to Van der Bellen in a first runoff in May, which was then annulled over ballot counting breaches.

His defeat will also see EU leaders breathe a sigh of relief in the wake of the anti-establishment tide sweeping many countries following Brexit and Donald Trump`s shock election victory in the US.

Smooth-tongued gun enthusiast Hofer had vowed to "get rid of the dusty establishment", seek closer ties with Russia and fight against "Brussels centralising power".

Observers feared that a win for the Austrian far-right could trigger a domino effect with key elections next year in France, Germany and The Netherlands.Populist groups across Europe, on the right and the left, have benefited from a growing sense of unease about globalisation, multiculturalism, rising inequality, and austerity cuts.

The Austrian vote is being held on the same day as a high-stakes referendum in Italy, which could bring about the resignation of its prime minister and renew chaos in a bloc already weakened by Britain`s shock vote in June to quit the EU.

One worrying aspect for EU decision-makers was that Hofer's rise to power might also pave the way for a return to government of his popular FPOe, founded by ex-Nazis.
Some 6.4 million Austrians were eligible to vote in Sunday's election.

The official result will only be known once the postal vote has been tallied on Monday.

Back in May, this is what had swung the ballot in favour of ex-Greens party chief Van der Bellen, 72, who beat his rival by just 31,000 votes.

The re-run ends an ugly 11-month campaign which saw Hofer posters being defaced with Hitler moustaches and Van der Bellen`s with dog excrement.

"The new president has to unify the country, this long election has polarised society," voter Katharina Gayer told AFP in Vienna.

The far-right candidate had largely avoided inflammatory rhetoric, instead tapping into public anxieties about record immigration and rising unemployment.

His polished style saw him triumph in a first round in April, sensationally knocking out candidates from the two main centrist parties that have dominated Austrian politics since 1945.

One worrying aspect for EU decision-makers had been that a win for Hofer might also have paved the way for a return to government of his poll-leading FPOe, founded by ex-Nazis.