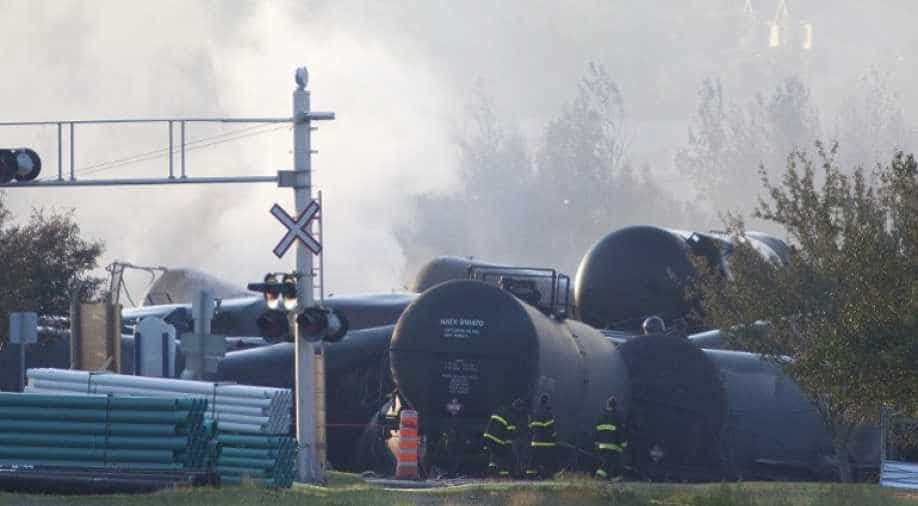 Over 100 firemen are trying to extinguish the fire and looking for survivors. (Representative Image) Photograph:( AFP )

At least five were killed and 25 injured in an explosion when a cargo train carrying propane-butane derailed on Saturday in Bulgaria's Hitrino village, AFP reported.

The blast occured at 5:37 am (0337 GMT) when it derailed at the Hitrino railway station and the two last tankers hit a power line, local police spokeswoman Assia Yordannova reported.

At least three of the victims remain in critical condition and the number is likely to rise, authorities said.

"The explosion has also caused a fire. We do not expect a second blast, but the people from the village are being evacuated," Nikolai Nikolov, head of fire safety and civil defence at the police said.

Over 100 firemen are trying to extinguish the fire and looking for survivors, Reuters reported.

The police are investigating the accident.